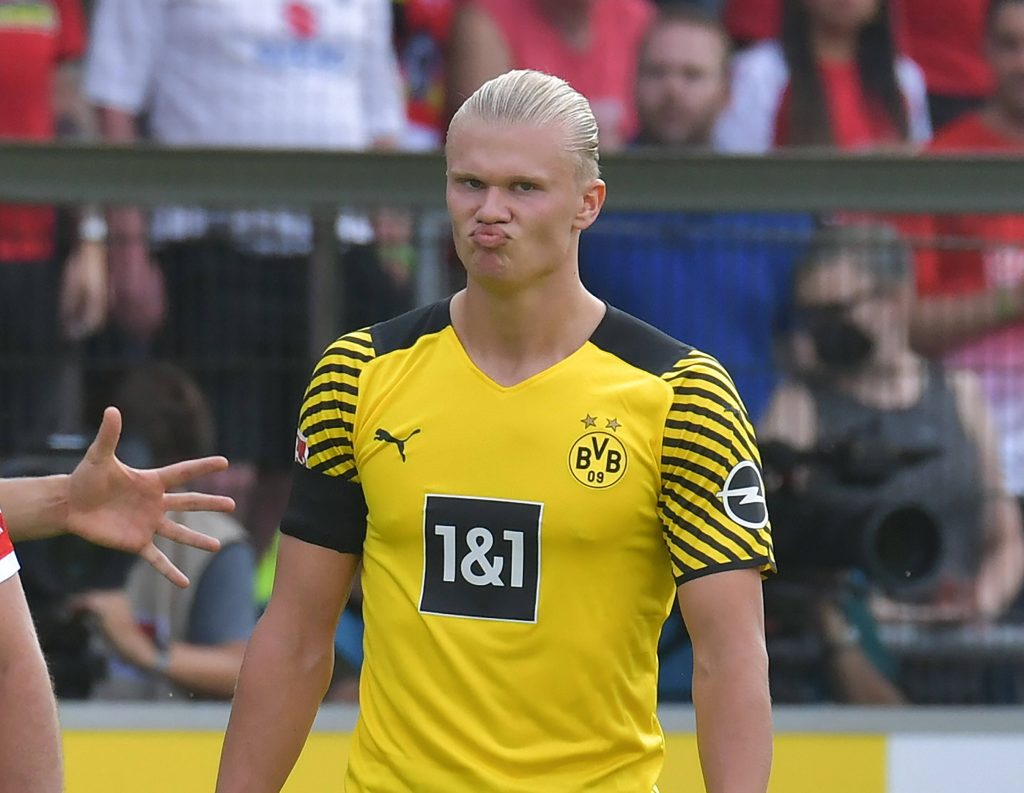 According to BILD, United are in ‘pole position’ to secure the signature of the 21-year-old next summer.

The piece talks about whether the German club are genuine title contenders or ‘just middle class’ this season.

It discusses Dortmund’s overdependency on Haaland and how their points per game ratio drops during his absence.

It also mentions how Haaland and Dortmund ‘will surely part ways’ next year, and his agent, Mino Raiola, will ‘pull the exit clause’.

BILD make no mention of United’s negotiation plan or how they came to lead the race for the superstar.

Netting 41 times in as many games for Dortmund last season, Haaland has established himself as one of the most prolific goalscorers across Europe.

Ole Gunnar Solskjaer has always been a keen admirer of Haaland. United were very close to signing him in January 2020 before eventually backing out.

With Edinson Cavani almost certain to leave Old Trafford next season, United should be all over this deal.

Haaland would be the ideal number nine for Solskjaer’s side and fit perfectly with United’s long-term project.

However, despite being supposed front-runners to sign the Norwegian next summer,  United will face heavy competition from other clubs.