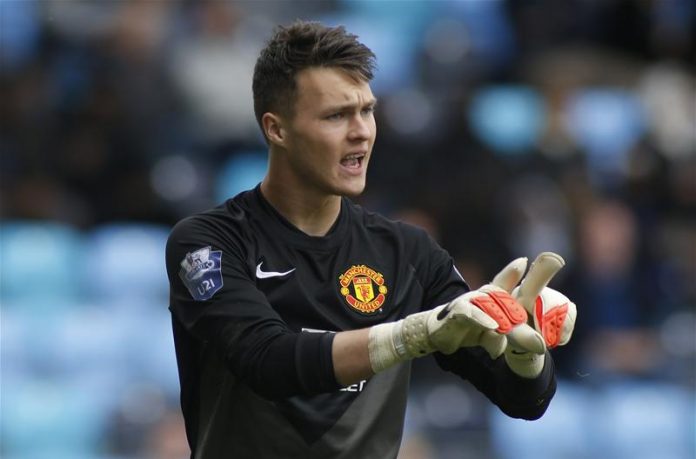 Manchester United have confirmed that the young English keeper Kieran O’Hara has been loaned out to Stockport.

The 19-year-old physically imposing keeper made his debut for Stockport during Tuesday night’s 4-2 home defeat by Solihull.

At 6 ft 1 inches O’Hara is a towering keeper and is an expert in dealing with set pieces.

The U21s keeper replaced Stockport’s regular no.1 Danny Hurst, who has been sidelined with an injury.

Earlier on Monday, O’Hara was on the bench for Warren Joyce’s Manchester United side as they crashed to a 2-0 defeat against Norwich City.

Manchester United announced the agreement on the official website earlier.

The young keeper was previously moved out to Morecambe in September and O’Hara is expected to continue his development during the month-long switch to Stockport.

The youngster will get plenty of game time which can only aid his development in the long run.

In the absence of Castro and O’Hara, Sam Johnstone has taken up the position in between the sticks for the Manchester United U21s.