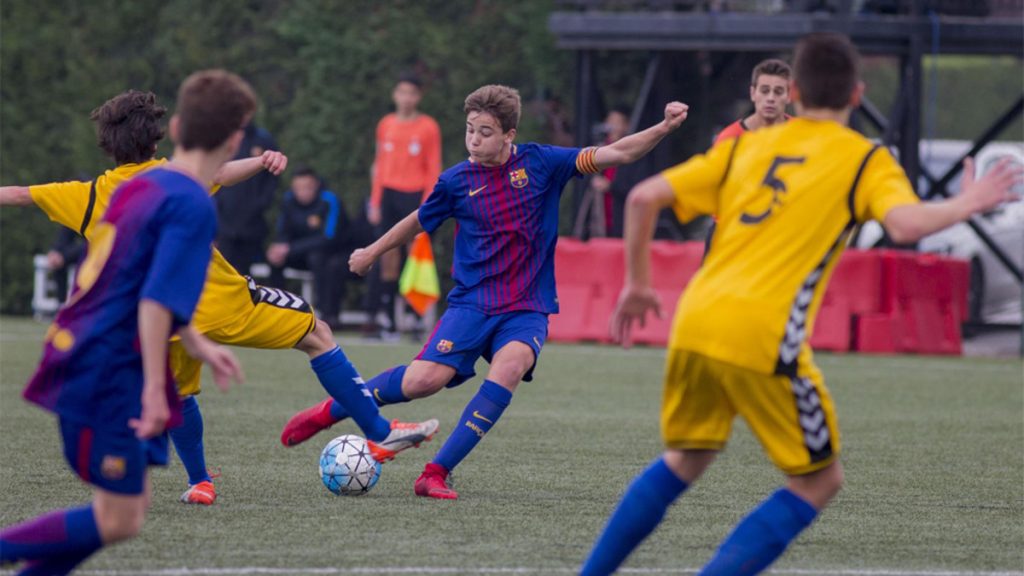 Barcelona Cadet A midfielder Nico González has emerged as a transfer target for Manchester United in the summer transfer window.

As per the information gathered by the Spanish newspaper, Sport, Ernesto Valverde’s side are trying to tie down Nico González to a new deal. So far, the player has decided not to sign a new contract with the La Liga league winners.

According to what is mentioned by Sport, Nico González has several offers on the table and that is why he has not decided to sign a new contract with Barcelona. Over the last few years, Barcelona have seen a few of the young talents leave their reputed academy called the La Masia.

When it came to Nico González, they were of the belief the teenage midfielder will continue at Barcelona. As per the information gathered by Sport, Barcelona were planning to include him inn Barcelona Juvenil A team next season, because that was his wish.

When the club decided to meet the demands of the player, Nico González started to make more demands, as there was an arrangement in place for the young midfielder to sign a new contract at Barcelona.

But, that is not what has happened. Sport reports Nico González’s increased demands was because he has several offers, especially from abroad. His father, Fran González, was the Manchester City youth coach from 2016 to this summer.