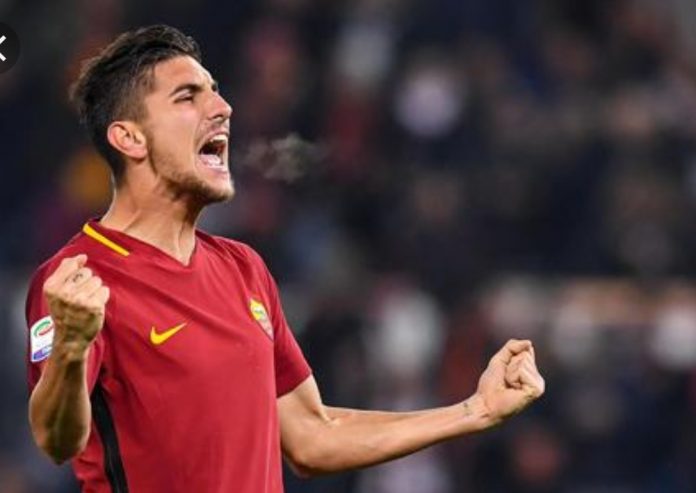 Manchester United are preparing a January bid for AS Roma midfielder Lorenzo Pellegrini, according to Corriere della Sport.

The 22-year-old would be a cut-price addition to Jose Mourinho’s squad, due to a release clause of only £26m. The report suggests Roma are keen to offer Pellegrini a new deal to ward off interest from United and other suitors.

United will promise to double the youngsters’ current £17k per week wages as an incentive to clinch his signature.

Pellegrini has creative flair with great technical ability. Good with both feet, he particularly likes to shift the ball quickly in tight situations. He is comfortable in a box-to-box role, but one poor aspect to his game is his tackling.

The Italy international started his career with The Yellow and Reds, before a 2-year spell with Sassuolo. He returned to the Stadio Olimpico in 2017 for a fee of around €10m.

Since his return, the Italian has been a key part Eusebio Di Francesco’s squad. Making 49 appearances, scoring 5 goals, and also chipping in with 10 assists.

Fitting in at United

Pellegrini would certainly compliment The Red Devils midfield options. Nemanja Matic, and summer signing Fred have struggled this season. Also, there is the continued speculation surrounding Paul Pogba’s future. In Pellegrini, United would have a youngster with bags of potential that won’t cost a fortune.