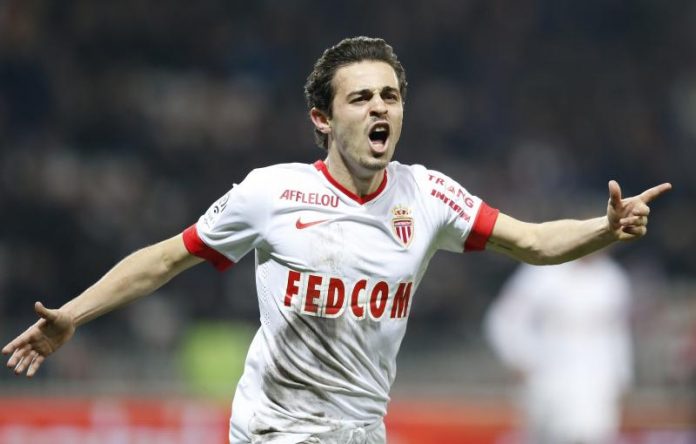 Manchester United have been linked with the Monaco winger Bernardo Silva this season.

The 22-year-old Portuguese winger is having an outstanding season and the Red Devils are thought to be monitoring his progress.

Recently, the player was linked with Chelsea as well. Apparently, the Blues have already held talks to sign the Monaco attacker.

According to Le10Sport, Manchester United have an agreement with Monaco regarding the player. Jose Mourinho’s side have the option to sign Silva for a set fee within a certain date if they wish to. In simple terms, United have a first refusal option with a fixed buyout.

Bernardo Silva is rated as a world class talent and if Mourinho manages to snap him up, it could prove to be a masterstroke. Manchester United already have some talented young attackers like Rashford and Martial.

Bernardo Silva is represented by Jorge Mendes, who has strong connections with Jose Mourinho. The Manchester United is apparently a fan of the player and is looking to sign him along with Griezmann this summer.

The Portuguese winger had a sensational outing against Manchester City in the Champions League last night. There is no doubt that other European giants will want to sign him at the end of this season. However, if the first refusal report is true then United have a crucial advantage here.

In other news, Jose Mourinho has finally opened up about the future of club captain Wayne Rooney.

The England international is apparently a target for several Chinese clubs. Mourinho confirmed that he won’t be able to guarantee that Rooney will stay at Old Trafford beyond this season.

Rooney has a contract until 2019 at Old Trafford. The 31-year-old forward recently scored his 250th goal for the Red Devils.