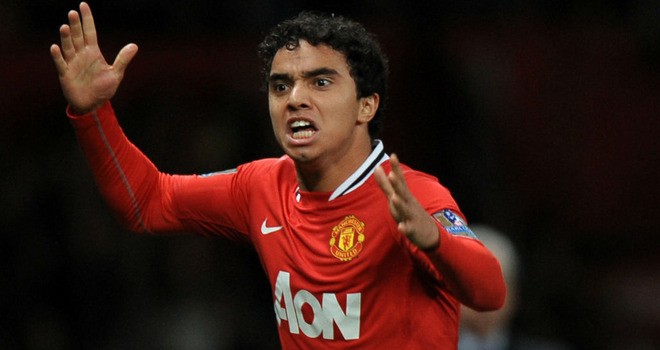 Although the emphasis this January for Manchester United will be to bring new faces to the club, there is every chance that a number of David Moyes’ squad could be heading towards the Old Trafford exit.

Following on from Anderson’s loan move to Fiorentina, a report in Germany today is suggesting that fringe defender Fabio could well be on his way to the Bundesliga for the rest of the season.

Bild are suggesting that Freiburg have contact the Premier League champions to gauge the Brazilian right-back’s availability, with a view to bringing the South American to Germany.

Freiburg manager Christian Streich is actively seeking reinforcements at full-back, and is thought to be eager to sign Fabio as he can play on either flank.

While Rafael is United’s first-choice at right-back, his brother Fabio has largely been on the fringes of things in recent times, with David Moyes not overly convinced that he can be a consistent feature in the team.

Fabio has only featured in five Premier League games this season, mostly as a replacement, and was also sent-off in a rare outing for the Red Devils in the FA Cup against Swansea – which played its part in United losing and being eliminated from the competition.

The South American has spent time out on loan at QPR last season, and any potential move to Germany may well be the beginning of the end for Fabio in Manchester.