It was reported in Italy that Italian champions Juventus targeted Manchester United midfielder Anderson during the summer and could return for him again in the January transfer window. 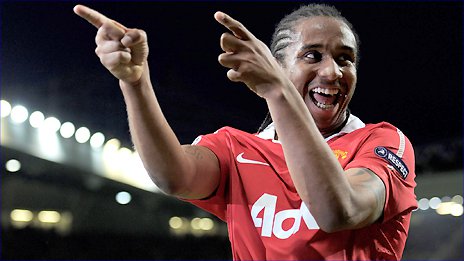 Sky Italia’s reputed journalist Gianluca di Marzio claimed that on the transfer deadline day an approach was made for Anderson, though it is still unclear whether the Turin giants made any formal offer for the player or not.

He said: “I found out what was the objective of Juventus as an alternative to Nainggolan, who Juve tried to sign on the last day of transfers. It was Anderson of Manchester United.”

It could be highly possible that United didn’t entertain an offer for Anderson in the summer. Firstly, the Red Devils would have been short on midfield options had they sold him without buying any proper recruitment. Secondly, probably, Moyes wanted to give the Brazilian a final chance to prove his worth. So far, he has done very little to impress his new manager.

Anderson, 25, has been at the Old Trafford club for seven long years, but despite showing early promises, he has failed to make a long lasting impression. Many suggest that he wasn’t properly utilized by Sir Alex Ferguson while injuries have hampered his progress too, but the truth is the Brazilian is responsible for his own downfall and probably a move away from Old Trafford would be beneficial for his career.

However, he would have a tough fight on his hands even if he joins Juventus as he would have to compete with the likes of Arturo Vidal, Claudio Marchisio, and former teammate Paul Pogba. Whether his career lies at United or Juventus remains to be seen, but he will have to carve out his own destiny and fulfill the potential he once promised.