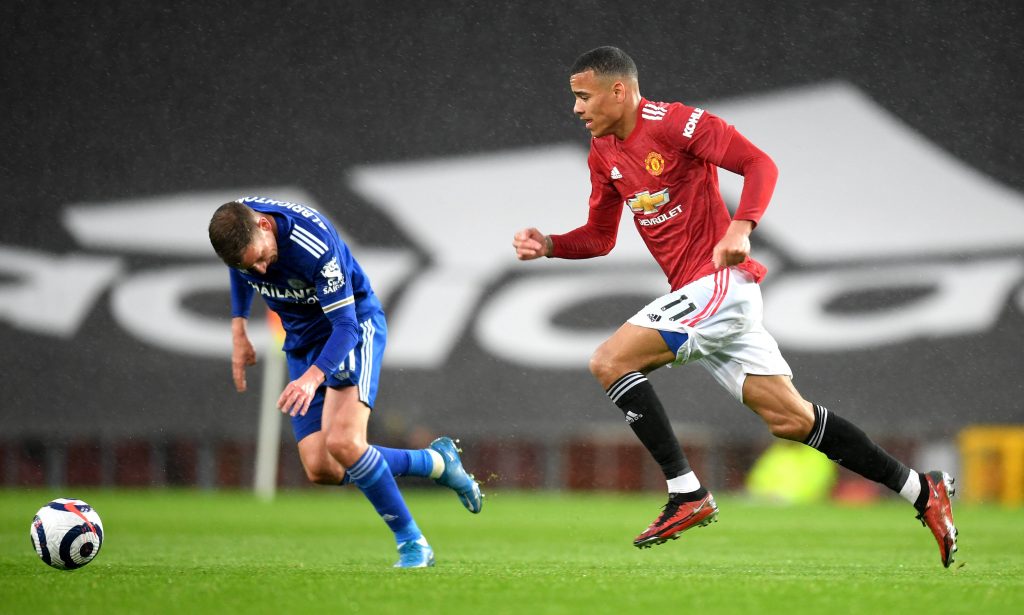 A selection of Manchester United fans on Twitter heaped praise on Mason Greenwood after his impressive goal against Leicester City in the Premier League on Tuesday.

The 19-year-old went through a rough patch earlier in the season, where he failed to find the back of the net for 16 successive league games.

He ended the streak earlier last month and has since scored six goals from as many league appearances for the Mancunian giants.

One of those came against the Foxes yesterday, where he scored the equaliser in the 15th minute despite being crowded by opposition players in the box.

The England international made a quick decision to shift the ball to his right foot before unleashing a shot across goal to beat the goalkeeper.

Some United fans were delighted for the £75,000-a-week forward, who has been in superb form in recent weeks. Here are a few reactions on Twitter.

Mason Greenwood has the left foot of Lionel Messi and the right foot of Cristiano Ronaldo. Top top finisher🔥

Mason Greenwood is the best finisher in the PL by a country mile…Wow pic.twitter.com/OURts8J5qg

Greenwood scored from this. Incredible 🔴😁 pic.twitter.com/kQJ8RZtd1l

Yeah, Greenwood's been putting in work as well, and that finish..oof!! Top class.

United lost the game 2-1 after Caglar Soyuncu scored with a towering header for the Foxes in the 66th minute.

There were still positives to carry forward, with Amad Traore providing the assist for Greenwood on his league debut for the club.

Nemanja Matic also produced a dominating midfield display, but he was partly at fault for Soyuncu’s goal as he lost the aerial battle.

United will return to action tomorrow with a home game against arch-rivals Liverpool, which was rescheduled after fan protests earlier this month.

Solskjaer made 10 changes for the Foxes game, but he should revert to the regular starters for the league clash against Jurgen Klopp’s side.