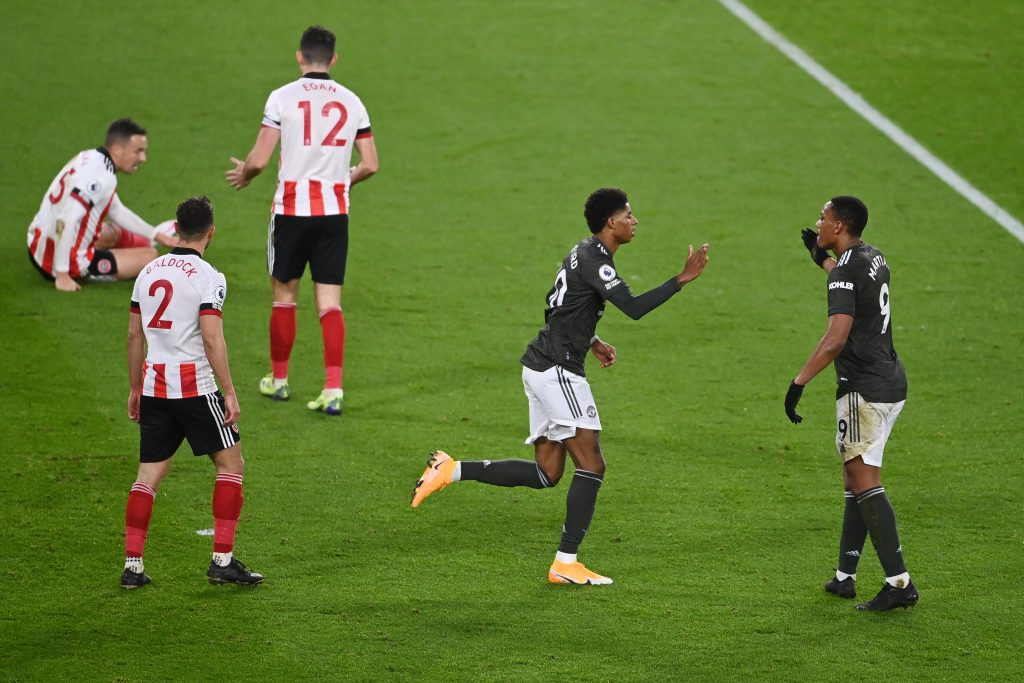 Manchester United picked up a 3-2 win over Sheffield United in the Premier League last night and Marcus Rashford produced a superb performance for the away side.

The Old Trafford outfit did well to come back from a goal down to secure a vital win away from home. Marcus Rashford scored either side of half time to secure all three points for the Red Devils.

Manchester United have been outstanding on their travels this season and they have managed to win all six League games away from home. If they can win their game in hand, they will climb to second in the league table.

It will be interesting to see if they can replicate that form in their home games over the coming months. Manchester United will have to improve at home if they want to sustain a title challenge against the likes of Tottenham and Liverpool this season.

Meanwhile, Marcus Rashford has been in inspired form this season and his performance was heavily praised on social media last night. The striker is still quite young and he is likely to improve further in the coming years.

The Manchester United fans will certainly be excited to see if he can continue to improve and impress in the coming weeks.

Here is what the Manchester United fans had to say about the 23-year-old England international’s display against Sheffield United.

He is just getting started

such a class player

Marcus is world class, no question.