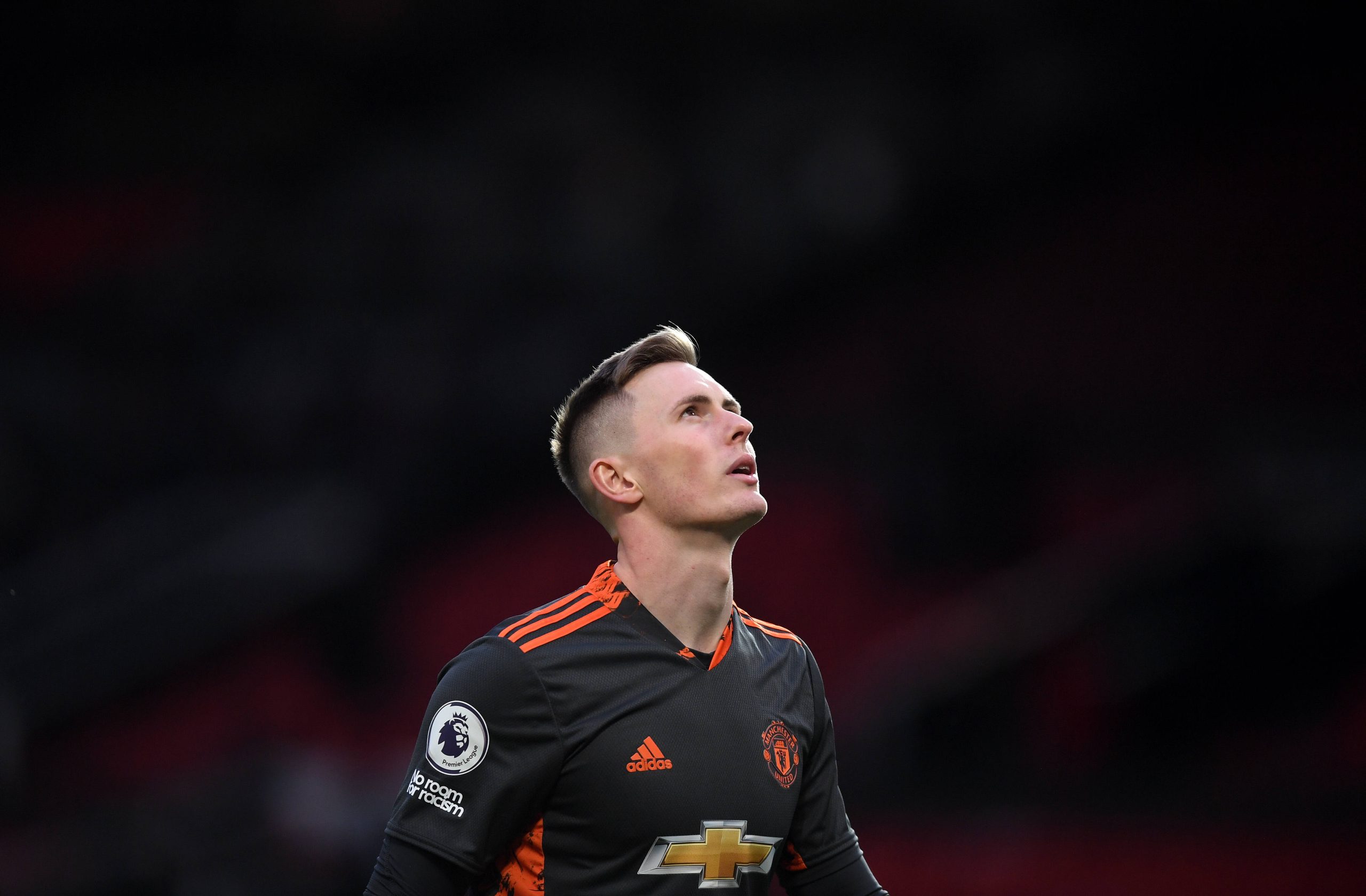 A selection of Manchester United fans on Twitter reacted to Dean Henderson’s performance during the 4-2 Premier League defeat to Liverpool on Thursday.

The 24-year-old has been the club’s regular league goalkeeper since the beginning of March, missing out on just one game against Leicester City.

Henderson has been solid between the sticks, but he had a tough game against the Reds, where he produced a disappointing second-half display.

United took the lead after just 10 minutes of the contest through a heavily deflected goal, which was rewarded to Bruno Fernandes.

Diogo Jota pulled the Reds level with a lovely backheel flick in the 34th minute before Roberto Firmino made it 2-1 before the interval.

Firmino gave the visitors a two-goal lead shortly after the break. Henderson’s weak parry from a Trent Alexander-Arnold shot allowed him to score off the rebound.

Marcus Rashford gave United something to fight for with a second goal in the 68th minute, but they could not find the back of the net again.

Just before stoppage time, Salah scored in a one-on-one with Henderson, where the latter’s poor positioning offered the Egyptian with an easy strike.

Henderson was reluctant to engage Salah, and he found himself rooted towards the near post offering Salah space to tuck the ball into the far bottom corner.

Following the game, some of the supporters reacted to the display of the £110,000-a-week star, and believe the club should keep hold of David de Gea beyond the summer.

And people said Henderson is better than De Gea, the disrespect.😭

I hope De Gea stays. Henderson’s parry a sign he needs maturity and kicking up from time to time. De Gea didn’t have it & a loose defence in front of him and delivered for 3 years in a row.#MUFC

Henderson didn't come off his line to narrow the angle for Salah! Pretty basic stuff for a keeper! As previously mention, Henderson is not the answer!

Dean Henderson was so uninspiring tonight, could've have done better for Salah's goal. Even when it came to collecting easy balls, he looked shaky. Of course, the players are at fault for the goals but Henderson was poor. Letting go of De Gea may just be very risky affair #MUFC

Henderson had a below-par performance against the Reds, and this may lead to question marks whether he is the right man in goal for the long-term.

De Gea has been linked with a possible move elsewhere this summer, as he is unlikely to play second fiddle to Henderson for the league matches.

The Spaniard has been the regular choice for the Europa League games, and he is likely to start in the final against Villarreal at the end of the month.

With two more league games left, Ole Gunnar Solskjaer may consider handing him the gloves as part of the preparations for the final in Gdansk.