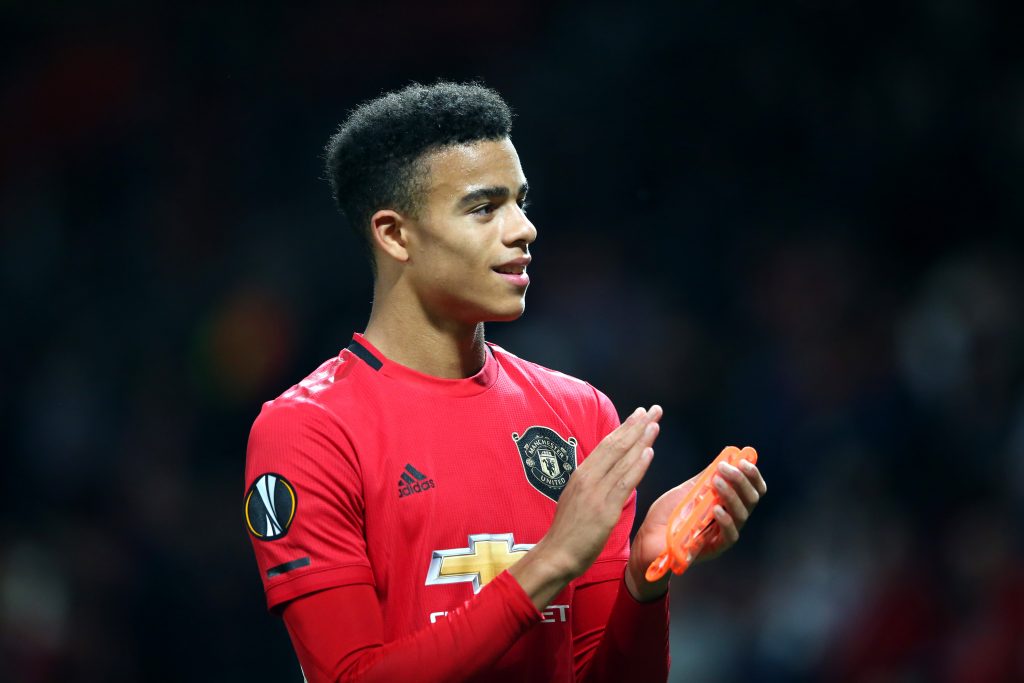 Mason Greenwood has signed a new contract at Manchester United, as confirmed by the club’s official website.

The teenager made his breakthrough in the 2019/20 campaign, scoring 17 goals in all competitions. This form earned him his first call-up to the England national senior team, making his debut against Iceland in September.

He has made further strides this season, appearing in the Champions League for the first time in his career. He has featured five times in the tournament, netting the opener in the 5-0 rout at home to RB Leipzig.

The Red Devils have rewarded Greenwood with an improved deal which will run until 2025, with the option to extend for another year.

Speaking to Man Utd’s official website, Greenwood said: “I’ve worked so hard to reach this level and the last two years have been amazing. There is so much that I want to achieve in the game and I know that this is the perfect environment to play my football.

“I want to repay the club for the support that everyone has given me over the years and show everyone just what I am capable of.”

Meanwhile, manager Ole Gunnar Solskjaer has described the forward as a “fantastic talent” with a “brilliant attitude”.

“He has made great progress this season, showing real maturity and adaptability to his game, which has seen him develop into one of the best young players in the country,” he said.

“Mason is naturally gifted and has a brilliant attitude; we know how important he is going to be for Manchester United over the coming seasons.”

New contract for Mason Greenwood until 2025. Good news. He’ll be an incredible player if his progress continues. pic.twitter.com/LVN5WXqKqe

From joining United at the age of 6, to signing a long term contract at the age of 19.
Mason Greenwood’s story epitomises the culture of Manchester United. pic.twitter.com/x0ZEAeKSOH

Manchester United have a special, special talent in Mason Greenwood ✨

Fantastic news, looked sharp of late and certainly getting back on track.

Mason Greenwood signing a new deal till 2025 is great news. Not had the easiest of seasons but still managed to produce some magical moments and there’s no doubt he’s gonna be a star for years to come. pic.twitter.com/Yyug9gB4zG

Mason Greenwood is nothing short of a generational talent, great business from United to secure his long-term future with a new contract.

82 appearances and 21 goals in the first-team while still being a teenager. Almost take for granted just how well he is doing #mufc