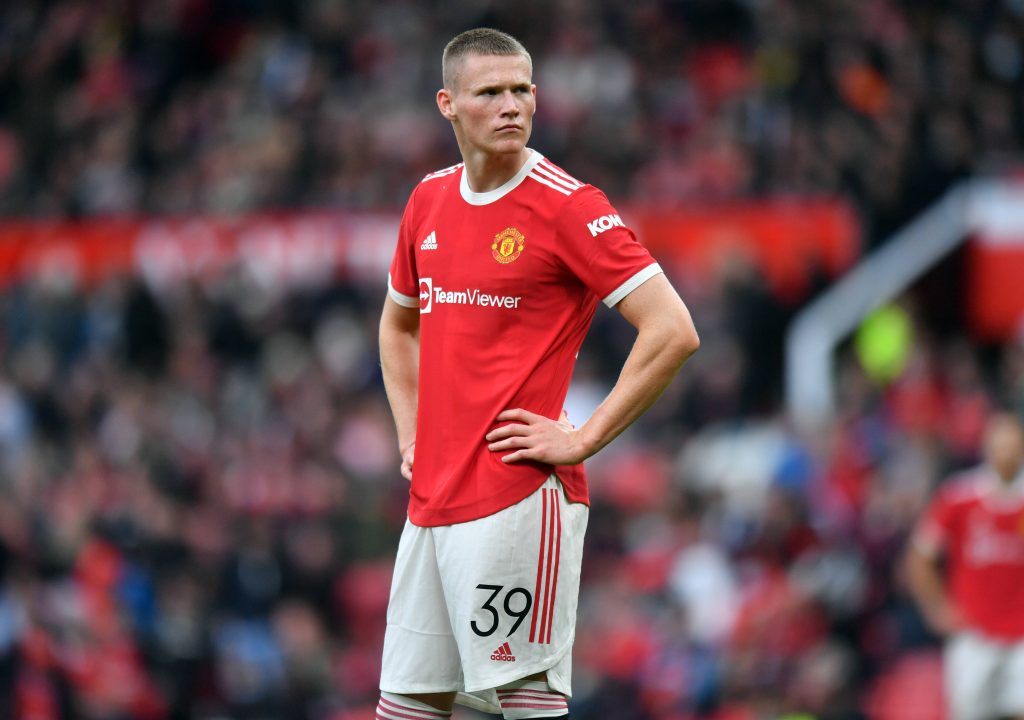 A selection of Manchester United fans reacted on Twitter after the club confirmed that midfielder Scott McTominay underwent groin surgery.

The Scotland international has been a key player for the Red Devils, but he won’t play any part in the Wolverhampton Wanderers game this weekend.

The 24-year-old has also been ruled out for the upcoming fixtures for Scotland. It is unclear whether he will return to action following the international break.

This has produced a mixed reaction among the fans, with some of them believing that McTominay’s injury could open up a spot for Donny van de Beek.

Get well soon. This need to be Donny’s breakout chance now to have a run of games and show what he’s got

Even more of a reason to sign a midfielder now

Wishing you a speedy recovery.

Didn’t realise how good he was until I saw matic

McTominay and Fred have been the regular choices for Ole Gunnar Solskjaer in midfield, with Paul Pogba now operating on the left wing.

Nemanja Matic recently got the nod over McTominay (due to injury) at Southampton. The Serbian was far from impressive as he lost possession in key positions.

Fred also had a difficult outing as McTominay was restricted to a cameo off the bench. It remains to be seen whether van de Beek gets his chance.

The Dutchman had a promising showing in the 4-0 friendly win over Everton earlier this month but has failed to get off the bench this season.

He is determined to prove himself under Solskjaer and will be hoping for minutes against Wolves after the confirmed absence of McTominay.