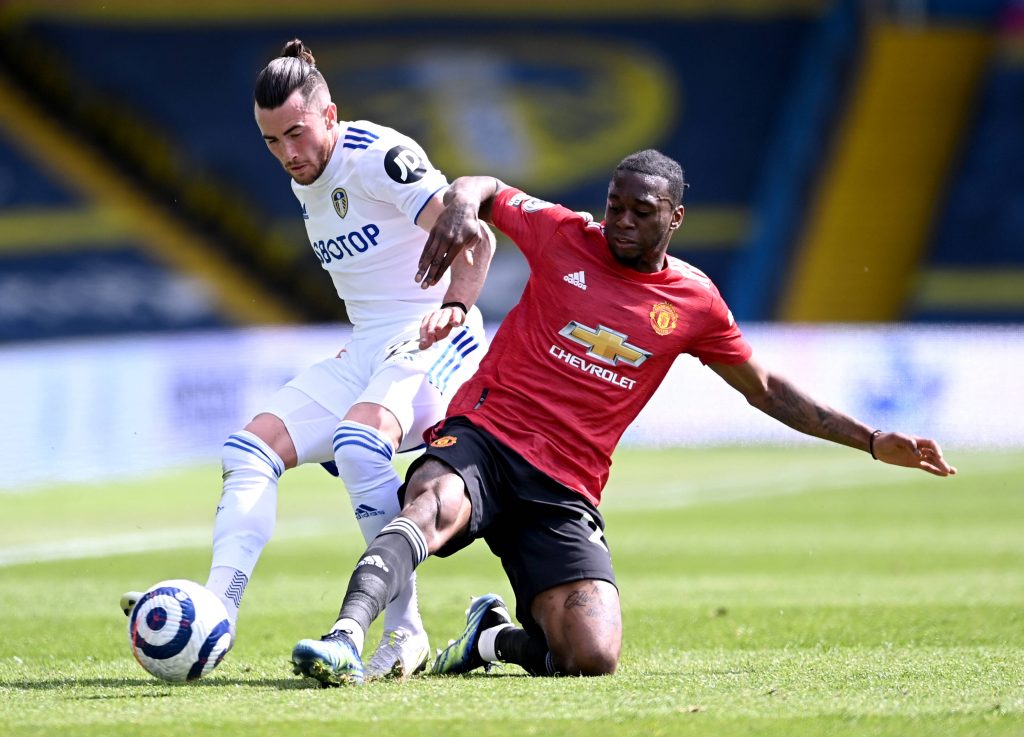 A selection of Manchester United fans were impressed with Aaron Wan-Bissaka’s performance during the Premier League game against Leeds United on Sunday.

The Red Devils won by a convincing 6-2 scoreline in the reverse meeting at Old Trafford, but it was a dull affair at Elland Road yesterday, which ended goalless.

Despite this, there were some positives from the display. Wan-Bissaka excelled in the right-back role with another strong defensive performance.

The 23-year-old managed one tackle, four interceptions and five clearances. He also won more take-ons (5) than any other United player.

Wan-Bissaka also made several overlapping runs and delivered a key pass for Bruno Fernandes, who dragged his effort wide of the target.

Here are some fan reactions on Twitter regarding his display.

If we are making any nominations today, Wan-Bissaka was comfortably the best player on the pitch.

Wan-Bissaka has been excellent today

59' – Special mention to Aaron Wan-Bissaka, who has been sublime so far today #mulive

Wan-Bissaka has been defensively solid for the Red Devils since arriving from Crystal Palace in 2019, but question marks have been posed over the attacking side of his game.

He has definitely made improvements in that aspect when compared to last season by showing more intent going forward with driving runs.

Wan-Bissaka has yet to receive a call-up from the England national side, but he will be hoping to break into the squad for the European Championships.

United’s immediate focus will turn to the first leg of their Europa League semi-final tie against Roma at Old Trafford on Thursday.

Paul Pogba and Edinson Cavani should start after being second-half substitutes in the goalless stalemate against Leeds.