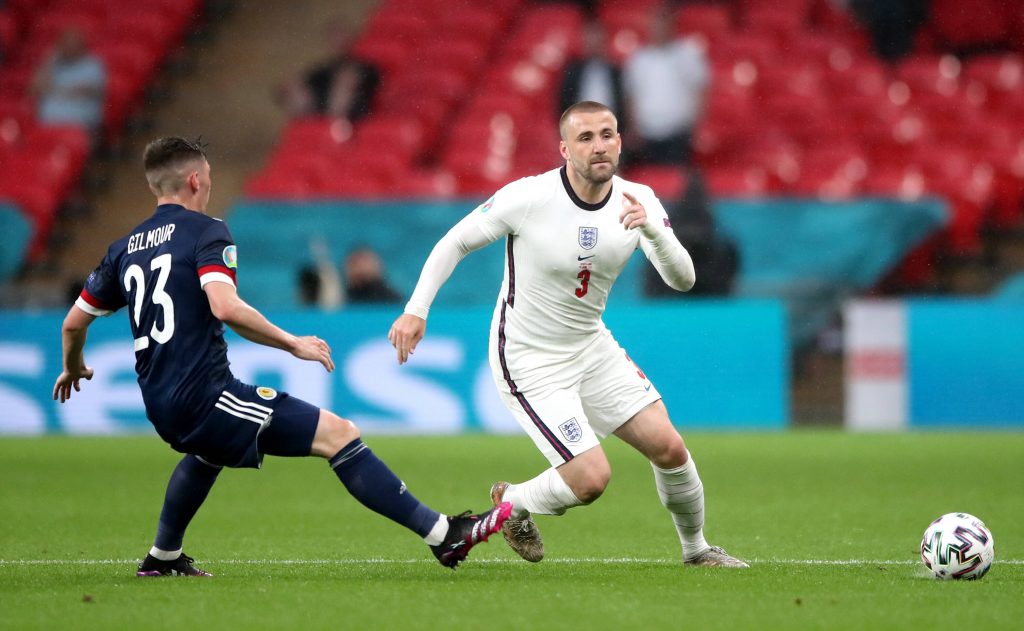 A section of Manchester United fans on Twitter heaped praise on Luke Shaw following his impressive display for England against Germany last night.

The Three Lions took on Germany in the last 16 clash of Euro 2020, and they prevailed with a 2-0 victory with goals from Raheem Sterling and Harry Kane.

It was their first competitive win over their opponents in a knockout tie since 1966. They had previously gone winless for seven matches.

Shaw played a key part in both goals scored. The 25-year-old produced a fine low cross from the left for the opening goal in the 75th minute.

He put the ball on a plate for Sterling to tap home from close range. Four minutes from time, he led the charge for the second goal.

The left wing-back fed the ball to Jack Grealish, whose cross was converted by Harry Kane with a diving header past goalkeeper Manuel Neuer.

Some of the United faithful were delighted for Shaw, who appears to have finally established himself at the international stage.

Luke Shaw, that is all. pic.twitter.com/rUR2sz9OjO

Jose, are you watching? 👀 pic.twitter.com/OqJih5Hq5z

Luke Shaw man of the match.🏴󠁧󠁢󠁥󠁮󠁧󠁿

Best left-back on the planet🌏💫 pic.twitter.com/Kbrb2gj8Zm

United brought in Alex Telles from Porto last summer to compete with Shaw for the left-back position.

The decision proved a blessing in disguise for the club as it triggered an upturn in form for the Southampton graduate.

The £31.5 million-rated star firmly established himself as the first-choice left-back over Telles in the Premier League last term.

He has carried over his form with England and will hope to cement the left-back position amid competition from Ben Chilwell.