Torino striker Andrea Belotti has been linked with a move away from Serie A since the summer transfer window.

The latest club linked with the Italian striker is Manchester United. According to Daily Star, the 23-year-old forward has impressed the Red Devils with his explosive performances this season and they are keeping close tabs on the player.

Belotti has been linked with the likes of Chelsea, Arsenal and Real Madrid in the past. The Torino forward is having a remarkable season and has already scored 17 times in 21 appearances. Belotti’s outstanding goal record certainly justifies the interest in him. However, it is unlikely that his suitors will trigger his ridiculous release clause of £84m.

Last week Gazzetta dello Sport reported that Real Madrid are ready to trigger the player’s release clause and the two club presidents are looking to meet in order to discuss the transfer this week. Although Real Madrid can certainly afford the deal, it makes no sense to splash that kind of money on a young player. 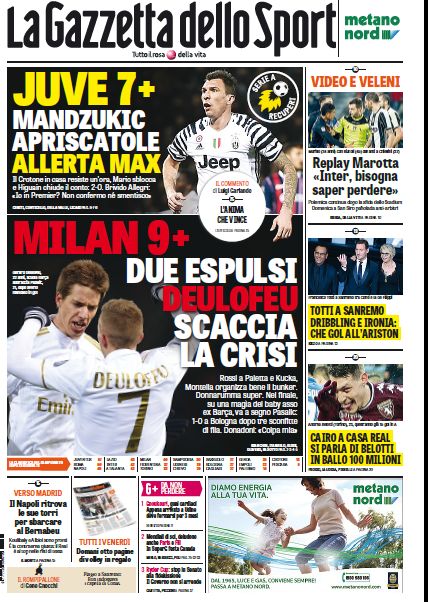 There is no doubt about Belotti’s immense potential, but the 23-year-old would need to prove himself at a higher level in order to justify that kind of a fee. Furthermore, the likes of Chelsea and Manchester United could easily sign a more seasoned international for £84m (maybe Kane, Benzema or Morata for example).

It is believed that Jose Mourinho is already planning for life after Zlatan Ibrahimovic and therefore Belotti has attracted his interest. It will be surprising to see the Red Devils move for the Italian striker especially with Rashford and Martial at the club. Both players are exceptionally talented and have the potential to develop into world beaters.