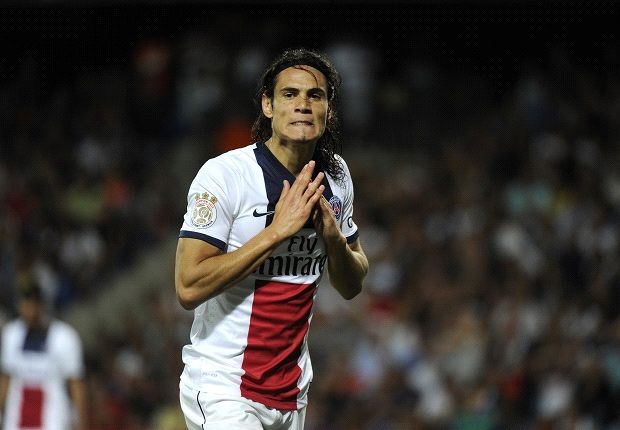 Manchester United are set to offer French Ligue One champions Paris St Germain a whopping £60m for striker Edinson Cavani to avoid any competition in the upcoming summer transfer market.

TMW journalist Marco Frattino has suggested that his colleague Alfredo Pedulla (Naples journalist)  has claimed in his personal blog that the striker’s relationship with manager Laurent Blanc has now reached its lowest point and the French boss hasn’t been kind to the El Matador.

Cavani joined PSG last summer from Napoli for a €65m transfer fee but despite scoring 20 goals in his first season in 38 appearances, the 27 year old is reportedly unhappy at Parc De Princes.

Much of frustration has been invigorated as Blanc has persisted with him in the right win, giving Zalatan Ibrahimovic to lead the line up front in the middle of an attacking 4-3-3 setup.

French Daily L’Equipe has quoted Cavani as saying. “My first season in France has been beautiful, despite all controversies around me. Will I stay at PSG next season? I will surely talk with the chairman, and with the club. If I have important things to say, I will do it in-house.”

Manchester United have had a dismal season in the Premier League but are ready for a shopping spree in the summer which will see the Red Devils strengthen in every department for the coming campaign.

No doubt Cavani will ceaselessly fit in United’s system with Robin Van Persie up front and with Wayne Rooney and Juan Mata behind the front two, the attacking line will send shivers down the spine of Premier League teams. This would however signal the end of Danny Welbeck and Javier Hernandez’s future at old Trafford.

PSG though will be desperate to hold on to their prized asset and fresh reports from L’Equipe suggests that Laurent Blanc will consider to change his system to keep Cavani at Paris. Despite the Champions League disappointment, Blanc will be in charge of the club next season as he looks to get the most out of the talismanic Uruguayan in a more central role.