Manchester United are on the hunt for a world class left-back this month, and have reportedly been offered the chance to sign Inter Milan’s Japanese international Yuto Nagatomo. 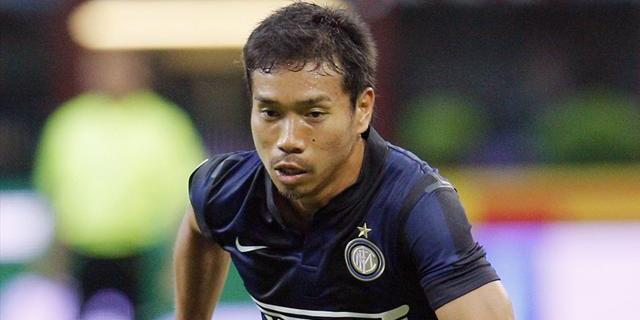 According to the Daily Mail, the left-back will be allowed to leave Serie A this month, with United now in pole position to sign him.

Nagatomo has been capped 66 times by Japan, and could be an even better option than long-term targets Leighton Baines and Fabio Coentrao.

Everton star Baines is set to sign a lucrative new contract, as we reported yesterday, making it almost impossible for United to prise him away from Goodison Park; while the Mail report indicates that David Moyes is not quite convinced by the talents of Real Madrid’s Coentrao (who was sent off yesterday for this wild challenge).

A dynamic, attacking full-back; Inter Milan’s Nagatomo has been utilised on both flanks this season, and even on the left-wing, while he has five goals and three assists from 18 Serie A games. He has excellent speed and agility, and he is a tireless worker on the flanks for club and country.

With Patrice Evra coming to the end of his career, and reportedly considering options abroad, Moyes will surely bring in a replacement either this month, or in the summer. If Nagatomo is indeed for sale, then the United boss should give serious consideration to the possibility of bringing Shinji Kagawa’s international teammate to Old Trafford.

What do you think? Is Nagatomo a good alternative? Let me know in the comments below…