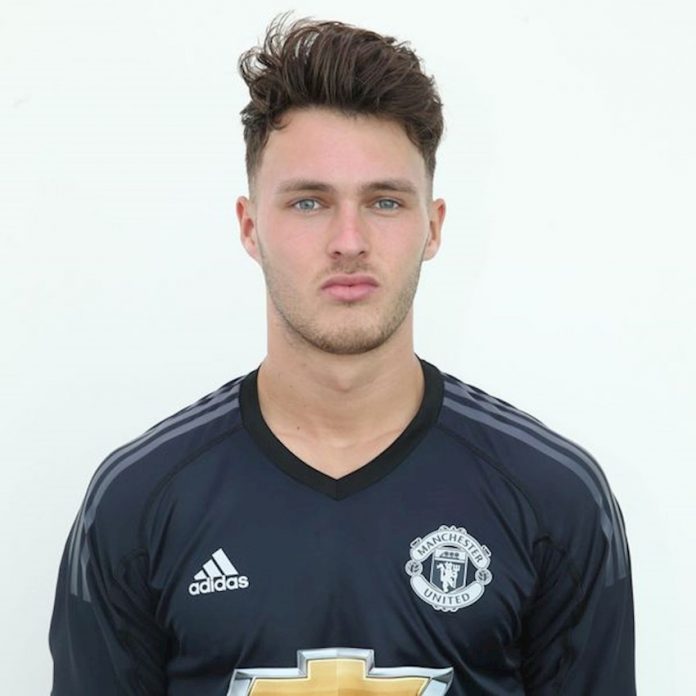 Manchester United have confirmed that they have allowed their Under 23 goalkeeper Kieran O’Hara to leave the club and go out on another loan spell, this time to lower league English side Macclesfield Town.

Macclesfield Town were promoted to League Two after finishing first in the National League the last season. Kieran O’Hara, who is a Republic of Ireland Under 21 international, was previously sent out on loan at Trafford, AFC Fylde, Morecambe (two different spells) and Stockport County.

A move to Moss Rose will be yet another learning curve for Kieran O’Hara, where he is likely to be the first choice stopper. Mark Yates’ side are in need of a keeper and O’Hara will step in as a starter for them.

At Macclesfield Town, Kieran O’Hara will wear the number one jersey for the season. The goalkeeper has revealed that a conversation with the League Two club’s chairman convinced him that the club are heading in the right direction and that is why he decided to join them.

“Speaking to the chairman, they’re going in the right direction and have all their players in place, so that they think they can get to where they want to be. So it’s very exciting,” Kieran O’Hara told the official website of Manchester United.

“I’m looking forward to it, getting started and hopefully playing in front of crowds, week in and week out. It’s about showing everyone what I’m capable of. The people have seen here what I’m capable of and it’s proving that on another stage, showing people and the staff at United that I can reach that level and beyond it.”