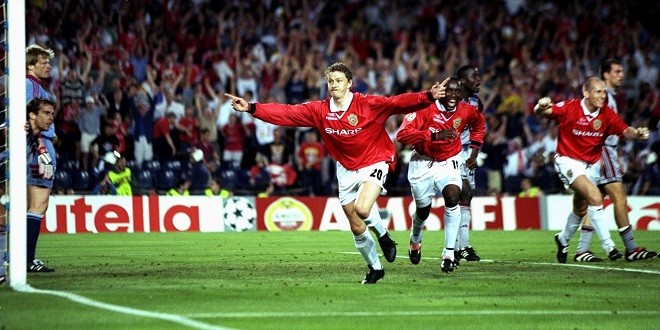 Manchester United have made a name for themselves for a lot of reasons over the years and one of them is for coming back from behind. They have managed to score in the dying minutes of their games to avoid defeat.

It says a lot about their never-say-die attitude but on the downside, their comebacks have caused a lot of negative commotion for Alex Ferguson and the referees involved in those games.

Last week’s 2-1 victory against Southampton was their ninth league win this season after going behind. Which means United earned 27 points from losing positions. They also won three Champions League games after going behind – making it 12 wins in all competitions.

It is undoubtedly a great feat for the Old Trafford club but it is not quite a record yet, at least.

Newcastle then managed to overcome Arsenal, Leeds United and Middlesborough away from home and accomplished a 6-2 demolition of Everton after going behind. Newcastle finished the season at fourth position on the Premier League table after managing ten comeback victories.

Under manager Roy Hodgson in the 2010/11 season, West Brom also managed to earn 27 points after going behind. The Baggies only managed an 11th place finish that season – their highest league finish for three decades.

West Brom were 17th on the table after the first half of the season. Hodgson’s appointment in February 2011, turned things around for the Baggies. They won five and drew five of their remaining 12 games including 2-1 comeback win against Liverpool – a result that was dubbed as “Roy’s Revenge”.

Notable mention: Manchester United’s treble winning 1998/99 side were renowned for the comebacks but they only picked up 18 league points after going behind.

They managed comebacks in the FA Cup as well but the highlight of their season was the epic comeback against Bayern Munich in the Champions League final – scoring twice in the injury time to win 2-1.

Do you think Manchester United can beat Newcastle’s record of 34 comeback points? Let us know in the comments below.