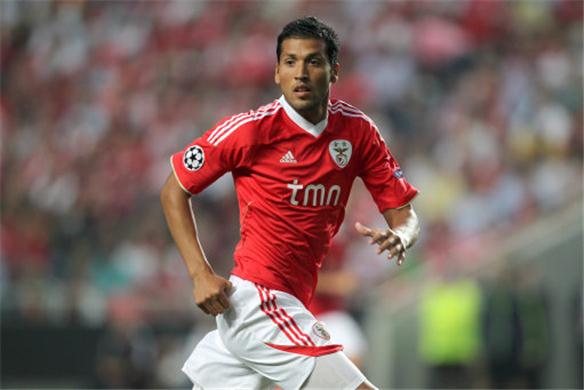 Premier League champions Manchester United are reported to have agreed a fee to sign Benfica centreback Ezequiel Garay – said to be around £17M.

The 26-year old has been linked with a move to the Red Devils throughout this summer, with manager David Moyes keen to look for long-term placements for ageing defenders Nemanja Vidic and Rio Ferdinand.

Garay signed for Benfica from La Liga runners-up Real Madrid in 2011. While largely failing to shine during his time with the Galacticos, he mustered only 31 appearances for Madrid in three years. Following the move to Portugal, he has now gone on to make 86 appearances for Benfica.

Representing Argentina on 15 occasions, the defender is hoping to add to his international tally next season, with one eye on the 2014 World Cup.

Benfica manager Jorge Jesus had stated his desire to keep the 26-year old at the side, but revealed he would let him go for the right price.

Talks between the two sides are expected in the coming week as they finalise a deal. Garay will be speaking with Manchester United representatives to confirm personal terms.

Manchester United manager David Moyes will be hoping the Argentine defender can make an instant impact in his debut season as manager. Moyes is aware of the pressure he will be under to get off to a good start, and knows his most experienced defenders have question marks hanging over their fitness levels.

At 26, Garay is expected to be reaching his prime in the next couple of years, and will have to adapt instantly to the Premier League. He could well be thrown in the deep end at United.

Making 234 appearances in total during his career, Garay brings vast amounts of experiences to the table – from playing in a number of countries. Something Moyes hopes can be of a benefit to the side.