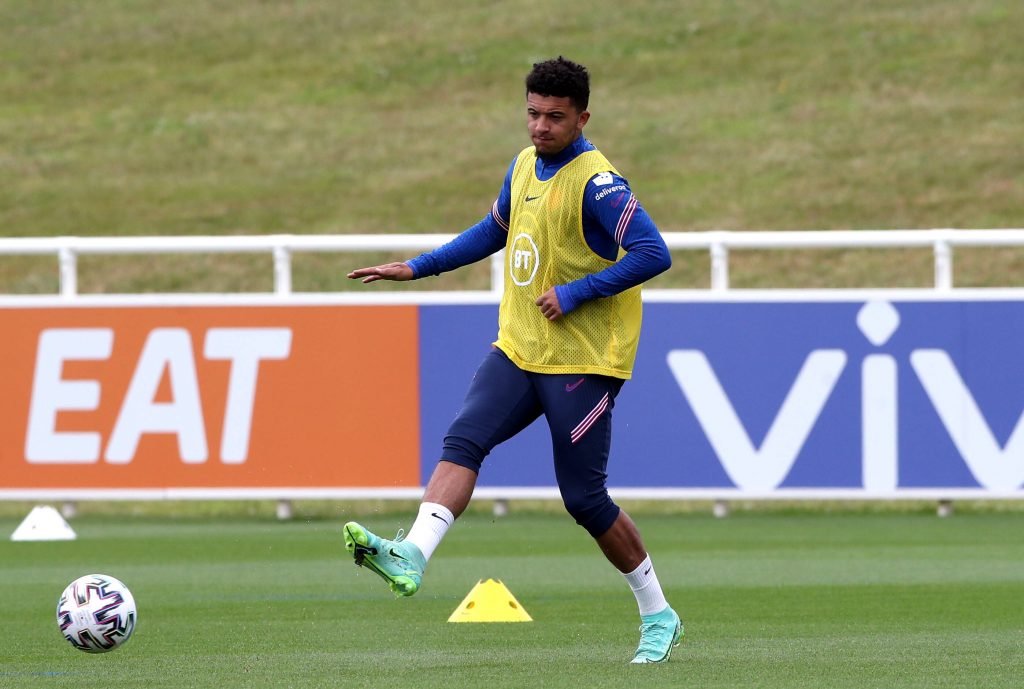 Manchester United have made further progress in negotiations to sign Jadon Sancho from Borussia Dortmund.

According to The Athletic, the deal between the two clubs has not been done, but they are close to an agreement.

Sancho, who is part of the England squad at the European Championships, has been a long-term target for United.

The 21-year-old scored 16 goals and provided 20 assists in all competitions last season.

Dortmund demanded €120 million (£110 million) for the winger last summer, and United were unwilling to pay that amount.

This summer, there has been a willingness between both clubs to reach an agreement.

The German giants initially demanded a fee close to €100m. Dortmund have now indicated that they would be willing to do a deal at €95m.

Yesterday we covered a story where it was claimed that United have increased their bid to €85m.

Both clubs are looking to reach a compromise, and a structured fee of around €90m plus add-ons would clinch the deal.

The Mirror also issued an update on Sancho. They claim that the England winger is now finally set to return to the Premier League.

When you go through the article, it reads that the Red Devils have agreed a deal in principle to sign Sancho.

The transfer fee agreed between the two clubs is reportedly £75m – plus an extra £5m in add-ons.

Whichever report is accurate, it appears that the two clubs are closer than they have ever been to reaching an agreement over Sancho.

Read: Celtic eyeing up a move for 21-year-old winger.