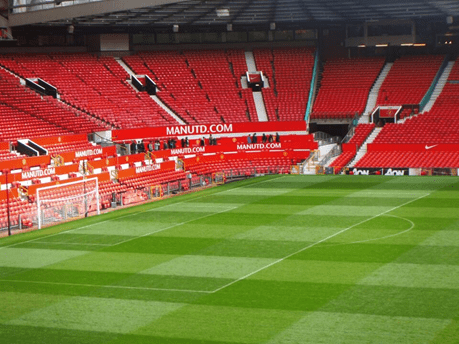 Despite not having the best starting performance in the Premier League, Manchester United are back on winning form with a 3-2 win against Sheffield this past week. However, as many more games to be played, can they improve or even maintain their current position in the league. In this article, we will be providing you with all the information that you need to know from Wednesday game.

Sheffield United 1-0 Up In The Opening Minutes

Though this game wasn’t looking great for the team that is already at the bottom of the table, the early goal from David McGoldrick in the first five minutes was the perfect start to the game that they needed. With confidence running high, it was looking promising for this team as Manchester United were still yet to warm up at this time making it one of the best for you.

Marcus Rashford Scores The Equaliser At The 26th Minute

However, with 26 minutes passing the young star of the United Squad Marcus Rashford scored a goal from a long ball seeing them equalise. This shook the Sheffield team to the core seeing their confidence drop at this time. With Lindelöf creating this chance with the perfect through ball, this is the Manchester United Squad that the fans were hoping to see. With some of the best players in the squad out on the pitch at this time, it was looking probable that they would be able to win the game with ease.

As their confidence was already knocked, there was yet another amazing opportunity for the side as Pogba created the perfect through ball to Martial in the 33rd minute. Though it was not a clean finish on the goal, martial was able to finish the job securing the 2-1 lead over Sheffield before half time. This is a huge success for the team that saw them coming out on the top spot at the beginning of the second half.

Just six minutes into the second half, the amazing 51st-minute goal from Marcus Rashford was his second goal of the game and saw them become the likely team to win this match-up. This had many fans excited as several betting sites predicted Manchester United to win the game with the odds at -235 compared to the betting odds at +650 for Sheffield to win this matchup and better their position at the bottom of the league table. With the confidence of the team increased, several fans are wondering whether or not they would be able to better this league once again with a fourth goal before the final whistle. As usual, pre-match odds may vary quite a lot compared to to in-play odds, as SBO points out.

Another Goal For McGoldrick

However, as the game continued, there was yet another chance for Sheffield to join the goal, McGoldrick saw this opportunity and took advantage of the corner taken by Flek to the back post. Despite Lindelöf challenging the Sheffield player, he was still able to place the ball into the back of the net with ease, allowing Sheffield to celebrate with a 2-3 score. Would Sheffield be able to make it a draw with a 3-3 win or would this be the score that they will be ending the game with making for a disappointing loss for Sheffield keeping them at the bottom of the table?

Another Loss For Sheffield

As the final whistle blew, the chances for Sheffield to equalize disappeared meaning that they would maintain their position at the bottom of the league table. Having lost all five of their last five games, there are many wondering whether or not this will be enough to see the club out of the relegation zone before the end of the season in May. Though there is time for them to improve, only time will tell as to whether or not we will be seeing this team move up the league table before it is too late.

With this in mind, several games are coming up in the 2020/21 season that is going to challenge, not only those at the top of the league table but also those at the bottom. Where do you think that your favourite team will end up at the end of the league?