Manchester United could bid for Ayoze Perez in January 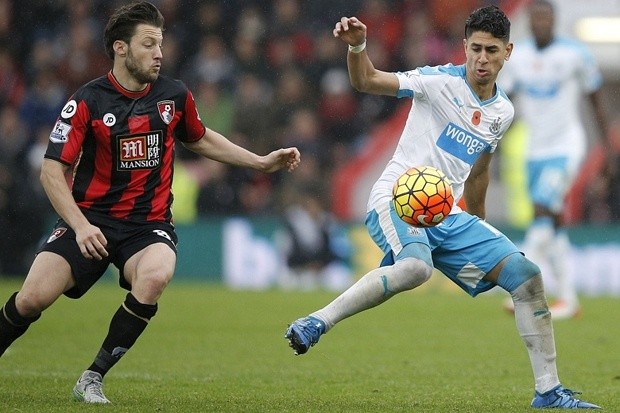 When Newcastle United signed Ayoze Perez from Spanish Second Division club Tenerife for a measly £1.7m last summer, little did they know they were signing a hidden gem. In the past 16 months, the 22-year-old has become a regular in the Magpies’ lineup, and his burgeoning progress has turned heads at Manchester United.

The young Newcastle United forward is being watched by a number of heavyweight Premier League clubs including Arsenal and Tottenham Hotspur, but according to The Telegraph, Manchester United are thought to be the most interested in securing his signature.

Louis van Gaal’s scouting team have kept a close check on his development, and the Old Trafford club could make a formal bid for him in the January transfer window.

Perez is one of the few Newcastle players to have maintained consistent performances during the past 12 months and has scored three goals in his last six appearances.

Newcastle United are fully aware of the interest in Perez but the Magpies are under no pressure to sell the Spaniard, who is under contract until 2019.

Under Louis van Gaal, United have become a side that dominates possession but fails to create scoring chances, which has led to widespread criticism of the style of football being implemented at Old Trafford under the Dutchman.

The United manager has addressed the need to sign one or two forwards who would be willing to join them in January.

What can Perez bring to Manchester United?

Perez is an intelligent footballer and versatile enough to play in a variety of forward positions. He can play out wide on both flanks, but he is most effective when playing alongside another striker or just behind one.

Although not blessed with blistering pace, Perez still is quick enough to cover a lot of ground, which suggests he could inject some pace into the United frontline.

He is skilful on the ball and has improved his finishing. Furthermore, he puts in a defensive shift for Newcastle in every game and is always eager to help the defenders by constantly tracking back.

Mark Ogden, a reputed journalist and well connected with United, writes “Perez would jump at the chance to move to Manchester”, while Newcastle “could still be persuaded if they believe the offer is too good to turn down.”

Excited United fans? Should United make a formal move for Perez? Let us know your thoughts on Twitter.