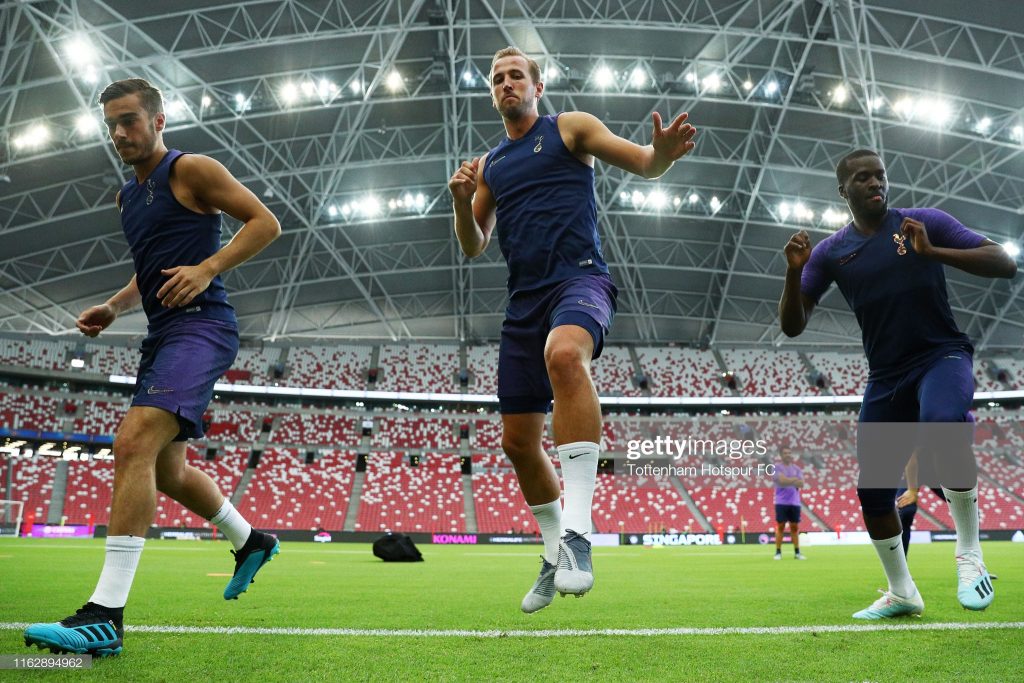 According to The Telegraph, Manchester United and Real Madrid would be interested in signing Harry Kane from Tottenham Hotspur in the summer transfer window.

It has been reported that Kane will consider his future at Tottenham at the end of the season.

Spurs are on the verge of getting knocked out of the Champions League, and Jose Mourinho’s side may not finish in the top four of the Premier League table this season either.

The North London outfit value the England international at more than £150 million, with Premier League rivals United and Spanish giants Madrid claimed to be possible destinations for the 26-year-old.

Kane, who is injured at the moment, is a world-class striker and is one of the best players in the world.

The 26-year-old has consistently scored goals in the Premier League and in the Champions League over the past few years, and there is no argument in him being over £150 million in value.