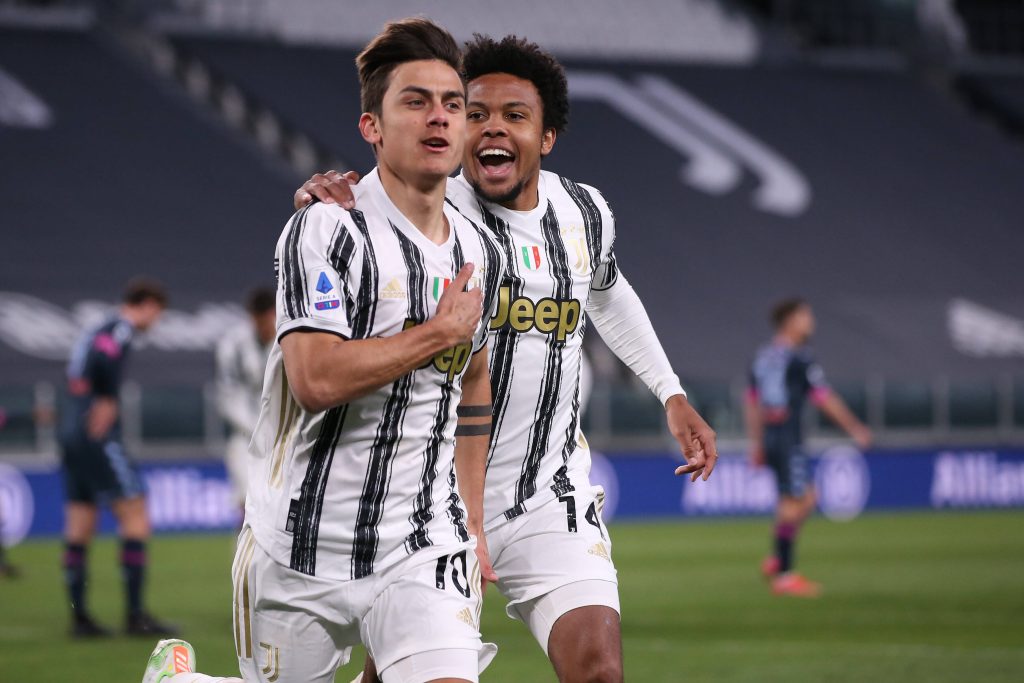 Manchester United and Chelsea are among the clubs looking at the prospect of signing Juventus forward Paulo Dybala this summer, Tuttosport claims.

Dybala has had an injury-plagued season with the Bianconeri, registering just 18 appearances for the club in all competitions.

His current deal expires in less than 14 months and talks over a renewal have seemingly stalled due to the salary demands.

It is now reported that the Serie A outfit are likely to consider his exit this summer with interest from several clubs across Europe.

Paris Saint-Germain are leading the race to sign him, but United and Chelsea are hopeful of luring the Argentine to the Premier League.

Dybala has been a quality performer for the Bianconeri over the past six years. Last season, he contributed 17 goals and 14 assists from 46 outings.

He managed to achieve the tally despite being in and out of the starting line-up under Maurizio Sarri. He ended up being named the Serie A MVP for the campaign.

The current season has not gone as planned amid regular injuries, and several appearances have come off the bench with Cristiano Ronaldo and Alvaro Morata preferred ahead of him.

It is unclear whether United and Chelsea can beat Les Parisiens to the player’s services, but he would provide an attacking upgrade for both clubs.

Dybala may not have the aerial presence at 1.77m, but he is strong with his hold-up play and has the ability to create chances for his teammates in addition to scoring.

United are uncertain over the future of Edinson Cavani, and Dybala could be an option to lead the line, although he generally excels in a two-man partnership.

Blues boss Thomas Tuchel played with a ‘double-six‘ set-up during his time at PSG, and he may revert to the formation next term.

Dybala could prove a perfect foil in the frontline or playing behind the strikers. However, the Blues may need to sell before signing a new forward.

They are loaded with options at the moment, and it has been reported that the likes of Hakim Ziyech and Tammy Abraham could head for the exit door.

Dybala is valued at around £54 million by Transfermarkt, but he could cost much less as he will enter the final year of his contract this summer.

Read: Aston Villa braced for a big-money offer for this 28-year-old star with Manchester United interested.