Arsenal and Manchester United hunt for a reliable, injury-free defender 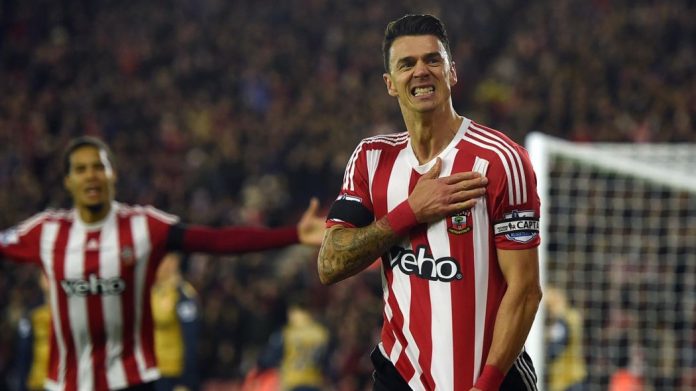 Arsenal and Manchester United are reportedly looking to sign a reliable and injury-free defender in the last few days of the transfer window.

Jose Mourinho is apparently keen on making his fifth signing, despite him earlier claiming that he wants to sign just four players this summer.

Arsene Wenger, however, has been forced to sign a defender this summer after injuries to Per Mertesacker and Gabriel Paulista, but nothing has materialized until now.

Manchester United have been strongly linked with a move for Southampton’s Jose Fonte. The 32-year-old, recently, played a crucial role in helping Portugal win the Euros in France, and links to Manchester United first surfaced on ESPN.

Manchester Evening News have also confirmed Mourinho’s interest in signing Fonte, and hinted that could lead to an exodus at Old Trafford.  While we’re still waiting for more concrete reports on Fonte’s possible departure to Manchester United, it’s worth pointing out that the Portuguese defender has missed just 8 games through injury since Southampton’s return to the Premier League in 2012.

Arsenal, on the other hand, are reportedly looking to sign German international Skhodran Mustafi. The Gunners interest in Mustafi has been widely reported in Spain, but Valencia based media outlet claim the La Liga side haven’t received any offers yet for the 24-year-old .

Valencia are under pressure to sell players to keep Financial Fair Play guidelines in check, but it is believed their priority isn’t to sell Mustafi. However, if Valencia don’t manage to find a buyer for Aymen Abdennour then they could be forced to consider offers for Mustafi.

There is little doubt over the ability of Mustafi and he hasn’t also missed too many games due to injury in recent years.  It has been reported Mustafi has a release clause of €50m, but it remains to be seen if Arsenal will be willing to match that if they fail to convince Valencia.

Fonte and Mustafi could be valuable additions for Arsenal and Manchester United respectively. Fonte could bring some much needed experience to Manchester United’s defense and ease out the pressure from the likes of Eric Bailly, whilst Mustafi is still young for a defender and has the potential to be world class.

The fact that Bailly is likely to be called up for African Nations Cup in January could also force Mourinho to sign a defender to provide cover, whilst Mustafi’s signing could bring some delight among Arsenal fans, who have been quite vocal about the lack of signings.