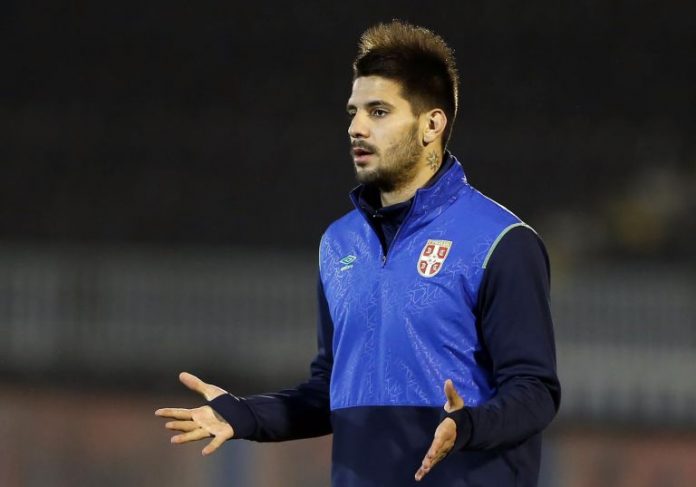 Earlier this season, Italian outlet TuttoMercatoWeb claimed that Manchester have been monitoring the progress of Serbian striker, Aleksandar Mitrovic and are ready to bring the talented young striker to Old Trafford this summer.

Mitrovic has been linked with a move to Marseille as well, as a replacement for departing Andre Pierre Gignac. Furthermore, the Serbian has attracted a lot of interest from Serie A as well and is thought to be on the radar of Napoli.

According to a recent report, Manchester United scouts attended Saturday’s clash between Anderlecht and Club Brugge to scout the talented Serbian.

Anderlecht value Mitrovic at 15 million euros and are likely to consider a sale, should his potential suitors match the demands of the Belgian outfit.

Manchester United have been linked with several talented young forwards across Europe this season, including the likes of Dybala, Lacazette and Vietto.