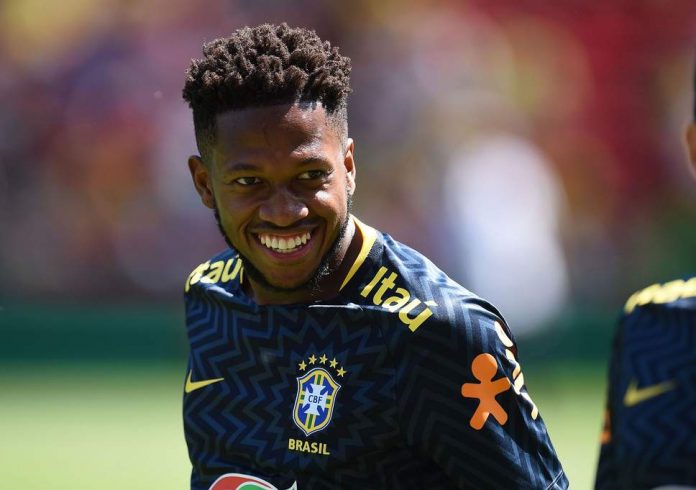 Manchester United confirm they have agreed a deal with Shakhtar Donetsk for Brazilian midfielder Fred. United reportedly paid £52m to procure his signature and have tied down the 25-year-old until 2023. Fred is expected to be joined by FC Porto defender Diego Dalot in the coming days.

Fred made over 150 appearances in all competitions for Shakhtar Donetsk after joining from Internacional in 2013, winning three Ukrainian Premier Liga titles, one Ukrainian Cup and two Ukrainian Super Cups. The Brazilian international is a steely player who will bring more bite to the United midfield.

Manager Jose Mourinho has acted fast in the transfer market this summer to secure signings for key areas in the squad. Marouane Fellaini looks set to depart Old Trafford after rebuffing United’s attempts to extend his stay.

Fred’s arrival might be bad news for Scott McTominay, however, as the Scottish international could fall down the pecking order to Paul Pogba, Ander Herrera, Nemanja Matic and now the Brazilian.

The 21-year-old featured in 10 of United’s last 13 league games of the season but could struggle for playing time with so much competition in 2018/19. Fred is a combative player which doesn’t bode well for McTominay’s chances – a back-up role looks likely.

Fred’s arrival could benefit Paul Pogba, as adding another defensive-minded midfielder on the pitch may allow the Frenchman more creative freedom.