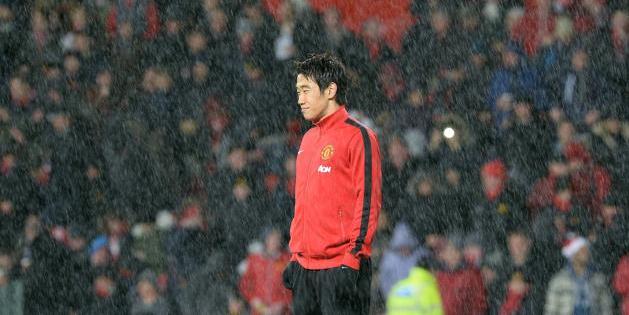 Shinji Kagawa’s merry ride in Manchester has been nothing short of frustrating, for both player and fans worldwide, and it is looking increasingly likely that the Japanese international will soon be packing his bags for pastures new.

It had been mooted that those aforementioned pastures would be wholly recognisable for the 24-year-old, with former club Borussia Dortmund strongly linked with a move for the attacker these past few months.

But according to ‘tuttomercatoweb.com’, the €15m-valued Kagawa could well be on his way to Turkey, with Besiktas said to be willing to offer the midfielder a wage package that would better his current contract at Old Trafford.

Besiktas, who are managed by the wonderfully eccentric Slaven Bilić, are currently second in the Turkish Super Lig, five points behind leaders Fenerbahce, and according to the Turkish sources cited in the report, Kagawa is high on the Black Eagles’ summer transfer agenda.

The attacking midfielder has been used sparingly since the arrival of David Moyes in the summer, and has only played 120 minutes of league football since the turn of the year, setting up one solitary goal in the 2-0 win over Swansea.

Indeed the only headline-hitting he has done all season seems to only be when he sustained a bizarre ‘eating injury’ last November.

Turkish football may be considered to be a dead-end of sorts to many, but if Besiktas can match the transfer ambition of Galatasaray, and acquire their own set of world stars, then there is surely no reason why Kagawa couldn’t resurrect his flagging career in south-east Europe.

What do you think? Should Kagawa shoot off to Turkey? Let me know in the comments below…