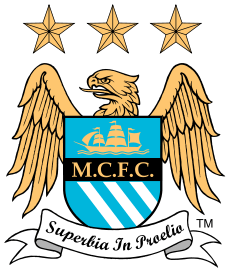 Backed by their wealthy owners, Manchester City have spent a fortune on players including Sergio Aguero, David Silva and Carlos Tevez in recent seasons.

It’s fully expected that the Manchester club will continue to spend big to bring in new, quality, players as soon as the transfer window re-opens. Below are a number of players Mancini’s side have been linked with:

Manchester City’s audacious bid to lure Cristiano Ronaldo from Real Madrid demonstrates the ambition of the Abu Dhabi owners to confirm the club’s emergence as a permanent part of football’s elite.  Personally I could never see this deal happening.

But the move for the Real Madrid icon is just one element of what is expected to be a significant overhaul of the playing squad this summer. Manchester City are in pole position to sign £30 million-rated Lille star Eden Hazard after stepping up their pursuit of the Belgian attacker in the last month. The Premier League leaders have moved ahead of Manchester United and Tottenham in the race for one of the hottest prospects in Europe and are described as “very confident” of landing Hazard in the summer. Gareth Bale recently told BBC’s Football Focus that if Tottenham failed to qualify for the Champions League, he would “have to discuss what’s best for [himself].”

The Daily Mirror is now reporting that Manchester City are set to test Spurs’ determination to keep their star with a massive transfer offer.

The deal would see Bale move to the Etihad Stadium in return for £40 million. In addition, City are willing to throw in Emmanuel Adebayor and possibly Adam Johnson or Nigel de Jong. Ezequiel Lavezzi could be heading to England at the end of the season.

The Argentine is widely regarded as one of the best midfield talents in Italian football, and he has enjoyed another impressive season for Napoli this term.

According to the Daily Mail, the 26-year-old has had a dispute with club president Aurelio De Laurentiis, which could lead to his shock departure in the summer.

This would likely spark a transfer battle between Premier League giants Chelsea and Manchester City, who would happily pay £25million for Lavezzi. Roberto Mancini has placed the prolific Uruguayan at the top of his shopping list once again in a bid to lure the 25-year-old from Serie A, after trying and failing to land him in the two previous summers.

Napoli have slapped a £40million price tag on Cavani, whose status as one of the world’s most feared front men is expected to be accompanied by £160,000-a-week salary demands. Although Cavani is Mancini’s favoured targets, Manchester City have identified Arsenal striker Robin van Persie as another potential player to lead their attack next season and are reportedly prepared to pay him £250,000-a-week.

The Dutch international has only a year left on his contract at the Emirates Stadium, leading to speculation over where his future may lie.

Mancini may feel his table toppers would be strengthened with 37-goal forward Van Persie to call upon next season.

Arsenal are sure not to let him go without a fight, despite having signed Germany international Lukas Podolski to add to their own group of strikers.

Talks are expected between the Gunners and Van Persie over a new contract at the end of the season, but these could be impacted by the declaration of a huge City offer. A more intriguing target is another Real Madrid A-lister, the left-footed winger Angel Di Maria. City have been made aware that the 24-year-old Argentine is currently locked in a contract dispute with the Spanish giants after he rejected a pay upgrade from the club. Real Madrid striker Higuain’s CV should make him the most desired striker in Europe, especially as it appears Madrid are keen to sell him this summer.

He has 21 goals in 16 La Liga starts this season, and 29 in 24 in all competitions. That doesn’t tell the whole story of his season though, as he has made an additional 24 appearances from the bench, but it remains a thoroughly impressive strike rate.

No doubt Mancini would love to bring the Argentine forward to the Etihad. According to the Mail Online, Manchester City are plotting a sensational bid to bring Daniel Sturridge back to the club after enquiring about the Chelsea striker’s contract situation.

City have been asked to be kept updated on developments regarding Sturridge’s future.

The England international only left the Etihad Stadium in July 2009 after agreeing to join Chelsea following a contract dispute.

Gaitan has been strongly linked with a new challenge after an impressive start to his second season at the Estadio da Luz.

Manchester United are also tracking the 23-year-old, with manager Sir Alex Ferguson confessing that he is a fan of the former Boca Juniors star. A strapping centre-back of Senegalese decent, Sakho is held up as the new Lilian Thuram in his native France. Despite being just 22 years-old, he’s already racked up over 100 appearances for PSG, who are one of the few teams in Europe that don’t need City’s cash. Liverpool tried – and failed – to sign Sakho last summer. Mancini will be hoping to succeed 12 months on. Another defensive option for Mancini, Spanish international Albiol has been told he can leave the Bernabeu. The 25 year-old is capable of playing at right back, in the middle or even further forward, which already makes him a much more attractive proposition than Stefan Savic. After failing in a bid to land Mancini’s No.1 target Daniele De Rossi from Roma in the last two windows, the title chasers have turned their attention to capturing Athletic Bilbao’s versatile midfielder Javi Martinez.

City scouts have watched the 23-year-old a number of times this year and, although his contract has a £34m buy-out clause, Bilbao are understood to be open to an offer in the region of £25m.