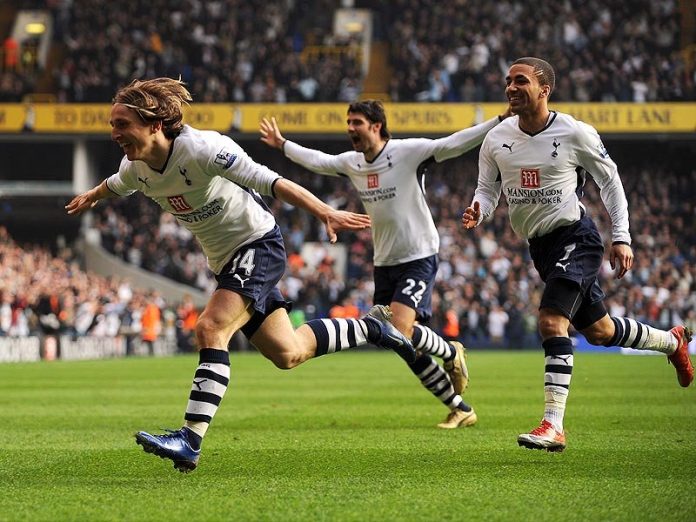 Manchester City boss Roberto Mancini has admitted that he rates Luka Modric as one of the best players in the Premier League, sparking speculation that the big-spenders are set to make a move for the Croatian playmaker.

The White Hart Lane club had a struggle to keep their star midfielder at the club last summer, as Chelsea tabled at least four bids for the eastern European ace.

Spurs chairman Daniel Levy insisted that the club would not sell Modric, and it is believed that Tottenham turned down an offer of £40 million on transfer deadline day from the Stamford Bridge club.

With the summer transfer market on the horizon, Mancini’s comments will have put Spurs on red alert, as the north London club wait for another window of teams chasing their best players.

“Luka Modric is an outstanding footballer, a great player,” the Italian coach told The Sun.

“He is definitely one of the best in the Premier League.

“But it is by no means easy to get him because he plays for a big club, Tottenham. It is unlikely that they would let him leave. “

Whether or not the quotes will lead to City actually making a move for Modric is questionable, as Mancini already has key playmaker David Silva at his disposal.

Despite eyeing a move away from White Hart Lane last summer, Modric has been quiet on his potential future after this campaign, with this the first piece of speculation for quite some time.

With the likes of Modric and Gareth Bale being monitored closely by some of Europe’s biggest teams, the remainder of the campaign has added importance for Tottenham.

If they can manage to stay in the top four or recapture third place they have grounds to keep their best players; however, if Chelsea overtake them and Spurs end up finishing outside the Champions League places they will face a real task to keep hold of the likes of Modric.