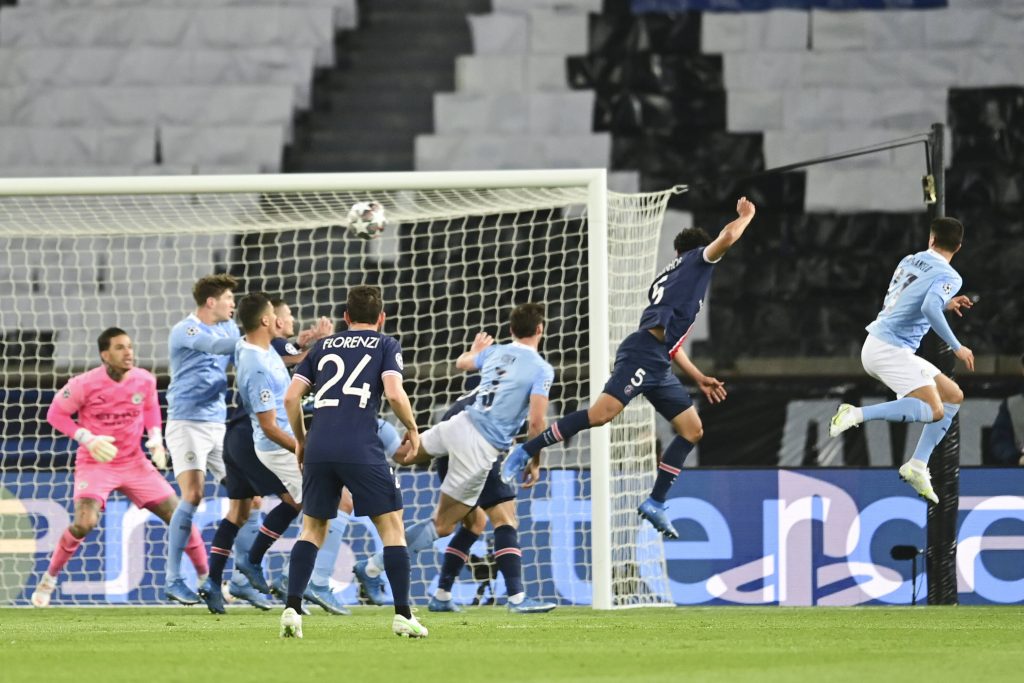 Manchester City put one foot in the Champions League final following a 2-1 first-leg win over Paris Saint-Germain last week. You can watch this and other Champions League games live online.

PSG opened the scoring 15 minutes into the game as Marquinhos rose above everyone to meet Angel Di Maria’s inch-perfect corner-kick delivery.

However, City bounced back in the second half, with Kevin De Bruyne and Riyad Mahrez producing two long-range efforts to turn the match on Paris’ head.

Despite lagging a goal behind, Mauricio Pochettino’s men will have their say at the Etihad on Tuesday night.

A victory in Paris was City’s 50th in Europe’s elite club competition and sixth on the trot, which is also their best-ever winning run in the Champions League.

The Cityzens have met PSG at the Etihad twice in the 21st century, keeping a clean sheet on each occasion, albeit scoring just once themselves (W1, D1).

However, City’s home record in UEFA semi-finals is perfectly balanced (W1, D1, L1), with the runaway Premier League leaders bowing out in their only previous appearances at this Champions League stage.

Since suffering a 2-1 defeat to Lyon on Matchday 1 in 2018/19, Pep Guardiola’s men have gone unbeaten in 13 consecutive European games on home turf (W12, D1), winning the last five in a row.

Except for the abovementioned reverse against Lyon, City have avoided defeat in each of their remaining four home European meetings with French visitors (W3, D1).

Seeking their second successive appearance in the Champions League final, Paris take the field after winning ten of their previous 17 away games in the competition (D2, L5).

PSG also lament a negative record against English clubs in UEFA two-legged ties (W3, L4), losing their last such engagement to Manchester United back in 2018/19.

Curiously, though, they have won both of their previous Champions League trips to England, with each success coming at the expense of City’s cross-town rivals United.

Before a 1-0 loss to Bayern Munich in the Champions League final, PSG had found the net in 34 straight games in the competition and have scored in each European outing this term.