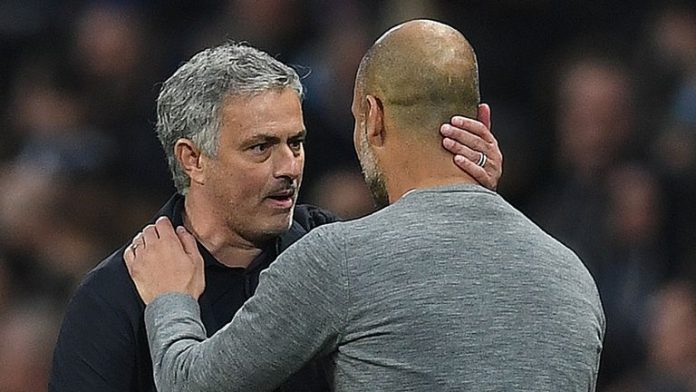 Manchester City go head-to-head with local rivals Manchester United on Sunday hoping to maintain their place at the top of the Premier League.

City currently have a nine point advantage over United after 11 games and a victory this weekend would be a major blow to the Red Devils’ hopes of forcing themselves into the title race.

Pep Guardiola’s side head into the game on the back of a 6-0 Champions League victory over Shakhtar Donetsk on Wednesday.

However, United will also be full confidence following their 2-1 win at Juventus on the same evening.

The Manchester rivals have faced each other 42 times in the Premier League, with United winning 21 times, City 13, and eight draws between them.

How we line-up in the 177th Manchester Derby! ?

? In the red corner… #MUFC #MCIMUN

Gabriel Jesus scored a hat-trick against Shakhtar during the week. Bet on the forward with 138.com to get on the scoresheet on Sunday at 5/6.

United won 3-2 at the Etihad Stadium last season. They’re 50/1 to match that scoreline on Sunday.

Marcus Rashford bagged the winner for United at Bournemouth last weekend. He is priced at 11/1 to score the last goal at the Etihad.