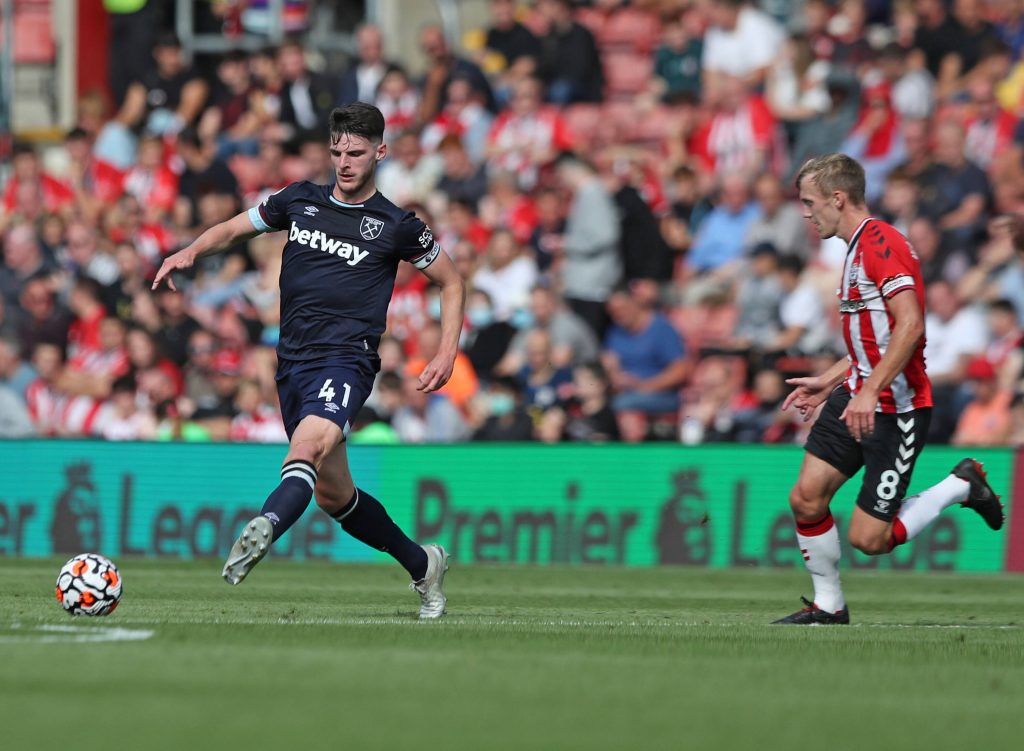 Manchester City are ready to make a move for West Ham midfielder Declan Rice next summer, according to reports from The Sun.

The report claims that the Premier League champions are looking to replace Fernandinho next season, and they have earmarked Rice as a possible option.

Rice has emerged as a priority target for Pep Guardiola’s side. However, West Ham are expected to demand a transfer fee of £100 million for the midfielder.

The England international has been simply outstanding for both club and country in the past few seasons, and he has rejected several offers from the club to extend his contract.

Premier League rivals Manchester United feel they are in a strong position to capture the England midfielder. However, City are ready to join the race and snap him away.

The Sun claim that City have been tracking the 22-year-old ever since he first made the breakthrough into the West Ham first team. They are ready to pay the money for him because the club feel he would be a sound investment spread over the long term.

Earlier this month, we covered a story that claimed Liverpool are also keeping tabs on Rice’s situation.

Liverpool should be looking to bolster their midfield next summer, as they need to fill in the void left by Gini Wijnaldum. Jordan Henderson has been awarded a new long-term deal at the club, but fresh energy is needed in the middle of the park.

The Reds already have one of the world’s best defensive midfielders in the form of Fabinho, but another dynamic midfielder is required.

Rice is playing unbelievable football at the moment, and he would be a massive signing for the Reds. However, his price tag could be a massive hindrance for all his potential suitors except Man City.