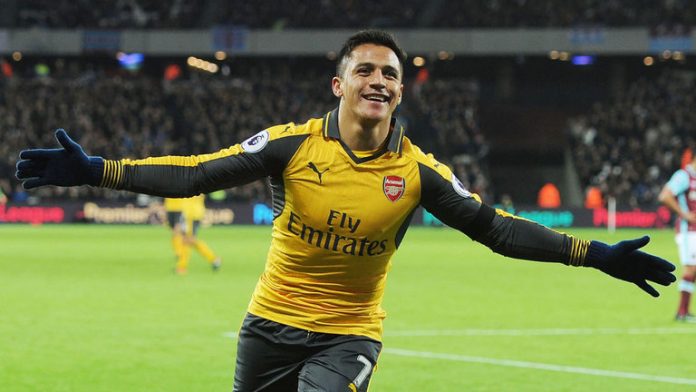 Manchester City are determined to sign Alexis Sanchez when the transfer window opens in January.

Pep Guardiola was close to landing the Chilean in the summer but the deal collapsed because Arsenal failed to get a replacement in.

According to reports, City will return with a big offer for the Premier League forward next month.

Sanchez is out of contract in the summer and it will be interesting to see whether the Gunners are tempted to take the cash now.

Wenger is unwilling to let go of his star player this season but losing someone like Sanchez on a free transfer would be catastrophic.

If the Etihad outfit can come up with an offer in the region of £50m, Arsenal should seriously consider selling the former Barcelona player in January.

Manchester City have been unplayable this season and Guardiola wants to add more strength in depth. Signing Sanchez would certainly improve them and help fight for trophies on all fronts this season.

Guardiola will want to win the Champions League as well as the Premier League this season.