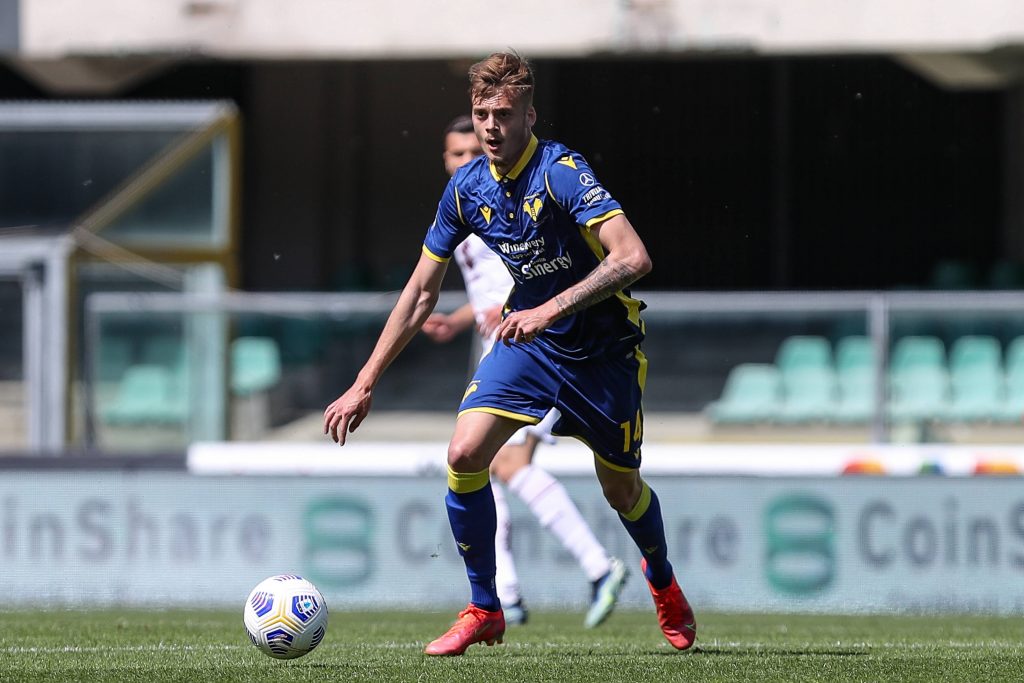 According to reputed journalist Fabrizio Romano, the Italian outfit are closing in on a permanent €8million deal for the prodigious deep-lying playmaker.

Manchester City and Hellas Verona are in advanced talks for Ivan Ilić. The midfielder is close to re-join Verona on a permanent deal [fee around €8m]. 🔵 #MCFC

Verona have also asked FC Bayern for Joshua Zirkzee on loan – but there are two clubs in the race. @MatteMoretto

Ilic spent the last season on loan at the Stadio Marcantonio Bentegodi, becoming a regular first-team fixture under Ivan Juric.

Despite his tender age, the 20-year-old clocked up 29 Serie A appearances during his first season in Italy, registering two goals.

Widely acknowledged as one of the hottest Serbian prospects, the ex-Red Star Belgrade midfielder nailed down the defensive midfielder position.

Partnering with captain Miguel Veloso or Adrien Tameze in front of the backline, Ilic showcased his potential at both ends of the pitch.

Comfortable with the ball at his feet as he is at winning it back, the Serbian youngster developed into one of Verona’s vital assets this past season.

In addition to his technical and tactical qualities, he is also strong in aerial duels, which makes him the complete package when it comes to modern-day defensive midfielders.

Although Juric’s departure for Torino cast doubt on Verona’s readiness to negotiate Ilic’s extended stay in Italy, the Gialloblu seem eager to retain the Nis native.

It appears that the new manager Eusebio Di Francesco is ready to hand the midfielder a prominent role next term.

Ilic’s dazzling performances for Verona earned him his first national call-up as he made his debut for the Serbia national team in a friendly against Jamaica on June 7.

If everything goes according to plan, he should make a permanent switch to Italy in the coming weeks.

Meanwhile, City have stepped up their pursuit of Aston Villa’s Jack Grealish as they look to increase their firepower ahead of the new season.