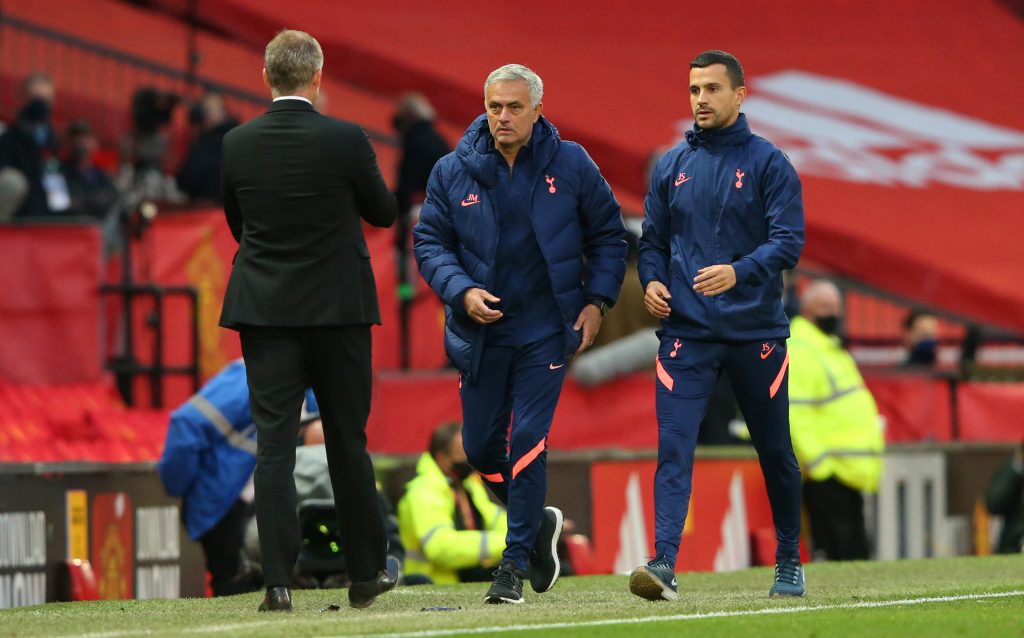 While Ole Gunnar Solskjaer’s side scored first – barely a minute into the clash – it was Jose Mourinho’s men who had the last laugh, going 4-1 up after 45 minutes.

Spurs added two more goals in the second half to deal a huge blow on the Red Devils who were reduced to 10 men after Anthony Martial was sent off in the first half.

Spurs’ duo Harry Kane and Son Heung-min each got a brace and an assist, with Serge Aurier and Tanguy Ndombele getting on the score sheet after Bruno Fernandes’ spot kick had put Man Utd ahead.

Martial was sent off after 28 minutes with Tottenham 2-1 up for violent conduct, but many argue that Erik Lamela should also have been shown his marching orders for his role in the incident.

Spurs had been impressing prior to the Frenchman’s red card, and the advantage in numbers further boosted their attacking impetus.

The visitors could have scored than six goals if not for some good saves from David de Gea, and Mourinho will definitely be delighted with what he saw.

Tottenham will be able to call on Gareth Bale and Carlos Vinicius after the international break, and not many will bet against them finishing in the top-four and strongly challenging for silverware this term.