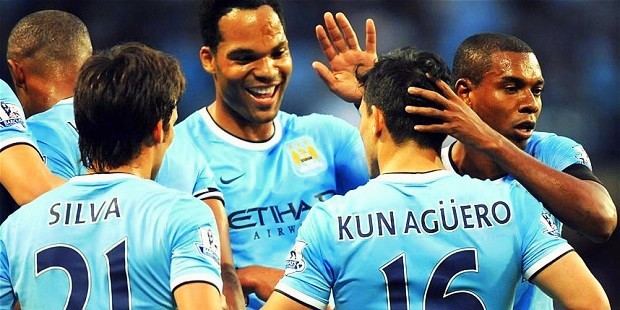 Newcastle were hinted for a long night when Silva headed City’s first goal early on. Sergio Aguero made it two with an astounding finish under the pressure of English centre back Steven Taylor after a great flick from Dzeko.

“The Toon” did see some glimpses at goal, but not enough chances were created to really test Joe Hart’s keeping abilities. Shortly after the second half, Ivorian midfielder Yaya Toure curled in a superb free kick past Tim Krul before Nasri slotted the ball home to take Manchester City to an emphatic three points.

The game was a delightful showing which was always going to be City’s game after Steven Taylor’s sending off. Manchester City’s top summer signing Jesus Navas certainly impressed the fans with his pace down the flank. Fernandinho also showed flair in the middle of the park.

Newcastle shot-stopper Tim Krul made some solid saves throughout the game, despite conceding four goals. He will certainly be important during the club’s Premier League campaign.

New City boss Manuel Pellegrini will earn a few reputation points from the fans for this win, but the league can look a lot harder than this. Alan Pardew praised Newcastle United’s performance away from home, reminding us that Manchester City have a lot of talent and will be a tough team to play at home.