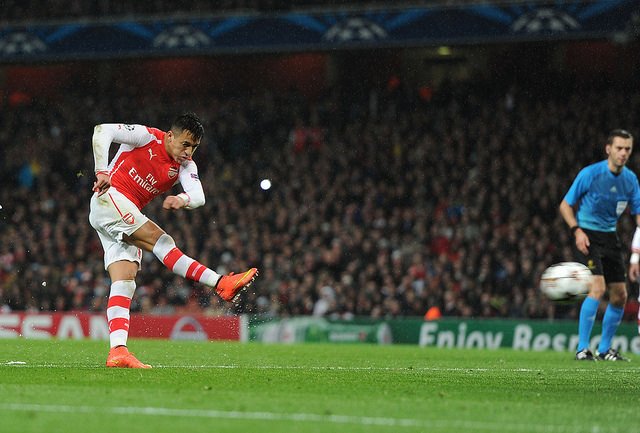 Manchester City are ready to break the bank for Arsenal star Alexis Sanchez this summer.

The Chilean has been linked with a move away from Emirates all summer. Sanchez is out of contract next summer and the player has not signed a new deal with Arsenal so far.

According to Daily Mirror, Manchester City are prepared to sign him and will pay a massive fee of £70 million.

The report adds that City are determined to get their man and will keep trying for him until the transfer window slams shut on the 31st of August.

Arsenal are hoping to keep the player with an offer of £300,000-a-week but there is no doubt that City can offer more money. Furthermore, Sanchez will have a better chance of winning trophies at Etihad.

Mirror believe that PSG are interested in the former Barcelona star as well but the player has already informed Pep Guardiola that Etihad is his preferred destination.

Guardiola believes that a front three of Aguero, Sanchez and Jesus would help him win the Champions League trophy and therefore the former Bayern Munich manager is keen to land the 28-year-old.

Sanchez has been Arsenal’s best player over the last few seasons and his departure would be a massive blow for the Gunners. The Chilean scored 30 goals in all competitions for Arsene Wenger’s side last season.