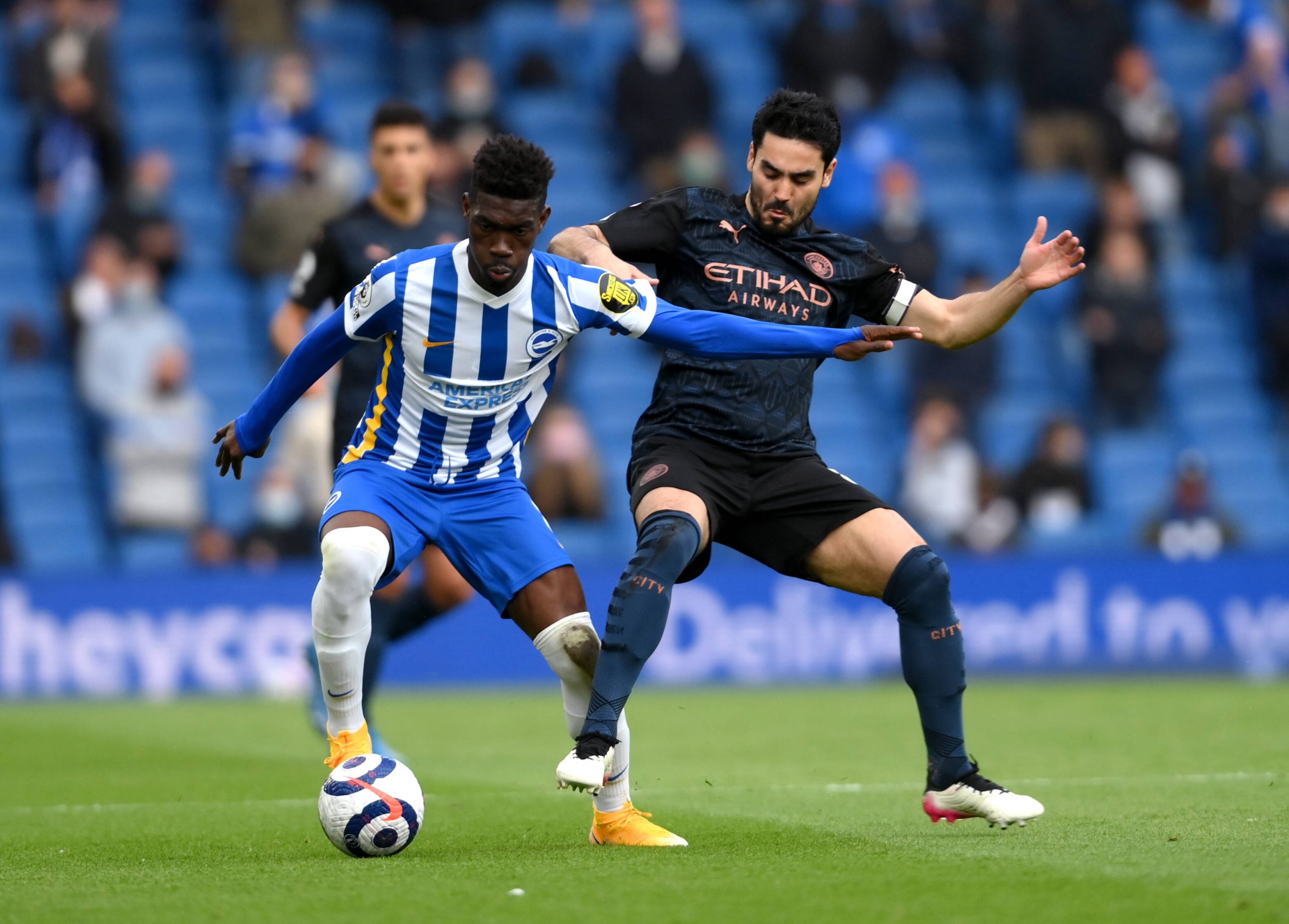 The Cityzens opened the scoring through Ilkay Gundogan after just two minutes on the clock but were soon down to 10 men after Joao Cancelo’s straight red card.

Phil Foden managed to double the lead for 10-man City shortly after the break, but the Seagulls made a terrific comeback to secure a 3-2 win.

Gundogan was substituted before the hour mark with a knock and, speaking after the game, Guardiola said that the midfielder would be assessed.

He added that the substitution was precautionary as the German was struggling to play with freedom after the injury.

Guardiola told Mancity.com: “Tomorrow we are going to check it – the doctor is quite optimistic.

“The problem is he had a kick, and he was running in the second half with a disturbance. I didn’t want to take a risk – that’s why we did the substitution.”

Gundogan has been a key player for the Cityzens this term and has stepped up with key goals, particularly when Kevin De Bruyne has been unavailable.

He is the club’s top scorer this term, with 17 goals in all competitions. Phil Foden has the second-highest tally for the Cityzens with 15.

Guardiola will want his team to lift the trophy on a positive note this weekend with a victory over Everton. However, he may be tempted to rest players.

The club have a Champions League final against Chelsea on May 29. The focus will be on avoiding any more injuries in the lead-up to the game.