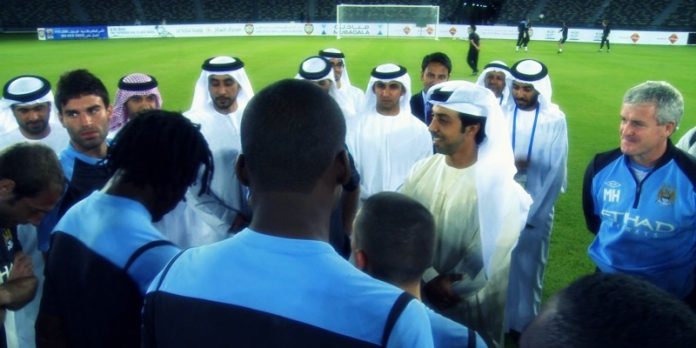 Manchester City are planning a new MLS franchise side which they can use to nurture some of their most talented players, making them better stars on their returns to the Premier League.

The initial cost of creating the franchise is thought to be costing the current owner of City, Sheikh Mansour, around $100 million with the planned development of a £200 million stadium in Queens, New York City, USA.

City have struggled to produce talent into their first team, which has partly been created by their ability to spend cash to buy the best stars from all over Europe to inject into the first team.

Recent examples such as Adam Johnson and Scott Sinclair have shown that it’s difficult for any young player joining the club, or progressing through the current youth system, to have any impact on the senior side.

It’s a very smart idea by Manchester City which allows them to funnel off their younger and underdeveloped players into a competitive league, which offers much more in terms of development than loan spells and youth team games in England.

In some situations City have even struggled to secure loan deals for their youngsters in England because of the high level wage structure the club has created for itself, meaning smaller clubs simply can’t afford to pay the wages.

It’s a very similar idea to the way that Barcelona and Real Madrid use players in their B sides, which play in the second division of Spanish football, as a way to develop them and get them ready for first team action.

The owners deserve praise because City had a problem, which could have been greatly damaging to the side and the future of the club. They have found a solution, ironically an expensive one, which should give them more options than problems over the next few years.

It’s also something which allows Manchester City to expand their global appeal in a similar way to Manchester United. Greater exposure through City means the club can justify charging higher amounts for advertising and sponsorship.

The immediate obstacle seems to be the building of a new stadium in New York, with residents in Queens against the handing over of land for that purpose. However, once that obstacle is cleared the future is looking very bright for the club.