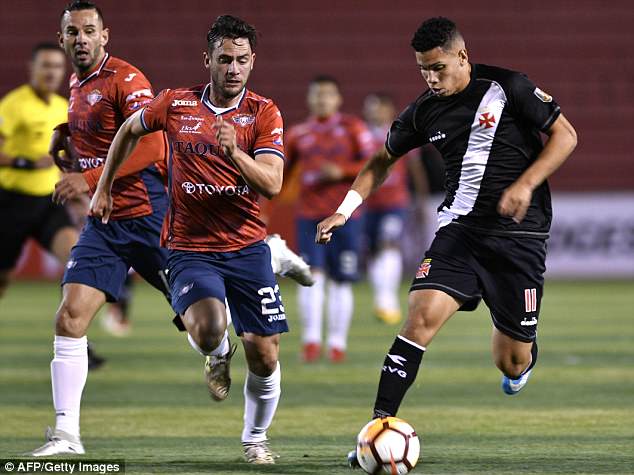 According to reports, Atletico Madrid and PSG are keeping tabs on the South American forward as well. Reports claim that Atletico Madrid have already had a £12 million bid rejected for the player. Paulinho’s club, Vasco da Gama are looking for a fee of around £25 million.

It will be interesting to see who ends up signing the versatile attacker in summer. Manchester City can certainly afford to pay the asking price.

Also, they are the most attractive option for the player ahead of Atletico Madrid and PSG. The chance to play for Pep Guardiola is always a major attraction.

Apparently, the player’s agent was in England last week to gauge the interest in his client.

Meanwhile, reports claim that Manchester City have already begun talks to sign the Barcelona teenager Adria Bernabe. The 16-year-old playmaker is expected to be a replacement for Bobby Duncan. The midfielder is set to join Liverpool this summer.

Bernabe is a target for Arsenal as well but his agents prefer a move to Manchester City.