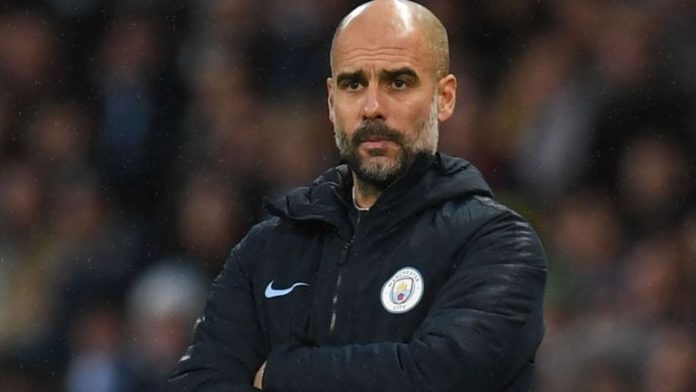 Strap yourselves in folks and get ready for the biggest game in the history of the Premier League (assuming you believe the hype).

Just three days into 2019 and we’ve got reigning champions Manchester City taking on unbeaten Liverpool. On a Thursday. Which, how ever you flower it up, isn’t the best day for football.

Putting that aside, with seven points separating the two sides heading into the game this evening’s events could have a major bearing on where the title ends up.

Most neutrals will want a City victory in order to keep the title race alive, while most Liverpool fans will be insufferable if they pick up three points at the Etihad Stadium.

A draw would just about keep things interesting, although Liverpool would be confident of holding on to top spot if they can avoid defeat against City.

Follow our live blog for updates throughout the match.

FULL-TIME: Man City 2-1 Liverpool. Goals by Aguero and Sane move City back up to second, just four points behind Liverpool. Can’t help but feel that Klopp’s conservative selection in midfield cost his side their unbeaten record. Salah anonymous, Henderson poor. Title race now very much on. Thanks for following!

88′ – YELLOW CARD! Bernardo Silva booked for a foul on Fabinho.

88′ – Two minutes plus stoppage time. Can City hold on?

84′ – Guardiola unhappy. Mouthing off at the fourth official. Referee does nothing.

82′ – Nothing comes of it. Sturridge on his way for Liverpool. Surely Henderson this time?

81′ – CHANCE! Aguero tries to round Alisson. Denied. It’s a corner.

80′ – Shaqiri buzzing around for the visitors. Should have been on sooner.

79′ – City looking for a third, but Robertson tidies things up for Liverpool.

76′ – SUBSTITUTION: Shaqiri replaces Mane. Henderson must have something on Klopp.

74′ – Less than 20 minutes to play, you’re losing and Henderson’s still on the pitch. Why?

62′ – Aguero looking leggy. Not surprising given the work he’s put in.

60′ – Liverpool are fairly anonymous as an attacking force at the moment. A second goal for City would kill this game.

59′ – Danilo dribbles inside from the right and fires a shot wide from 25 yards.

51′ – Jordan Henderson offering very little in the middle of the park. Fabinho or Shaqiri needed.

HALF-TIME: City lead 1-0 courtesy of Aguero’s stunning finish. Liverpool had one cleared off the line, but the home side just about deserve their lead and are 3/2 for the win.

45′ – YELLOW CARD! Laporte picks up a booking for fouling Milner.

43′ – Aguero looking for another. van Dijk snuffs out the threat.

38′ – YELLOW CARD! Wijnaldum pulls back Sane and receives a booking.

35′ – Ten minutes to play in the first-half. Still goalless. 2/1 for the draw looks tempting right now.

33′ – Bernardo Silva gives away a foul in the box for a push. Well done that man.

31′ – Klopp having a chat with the fourth official. He’s not happy.

28′ – Skills from Aguero there as he kills a ball stone dead from out of the sky.

24′ – City almost break through via Silva, but Milner clears the danger.

23′ – Fernandinho is City’s best player at the moment. He’ll be hoping a few others come along for the ride.

20′ – YELLOW CARD! Lovren booked for a bad challenge on Aguero.

19′ – CHANCE! Mane again, but straight at Ederson. City need to wake up a bit.

16′ – CHANCE! Anti-climax? Who said that? Mane hits the post and the ball is somehow scrambled away. Salah and Firmino both involved.

15′ – Intensity has dropped a bit. This is probably going to be an anti-climax.

14′ – Salah gets a couple touches at last. Ends up giving a foul away.

13′ – Mane goes down like a sack of spuds. Nothing given.

7′ – Liverpool enjoyed a brief spell of possession, but City soon back on the front foot. Just checking to make sure Salah is on the pitch.

5′ – Home fans not happy. Fernandinho clatters Robertson who stays down. Not sure why he’s holding his face, but there you go.

1′ – Early nerves from Alisson in the LIverpool goal as he slices a clearance out of play.

Leroy Sane is in for Riyad Mahrez, Damilo keeps his place ahead of Kyle Walker and Kevin de Bruyne starts on the bench.