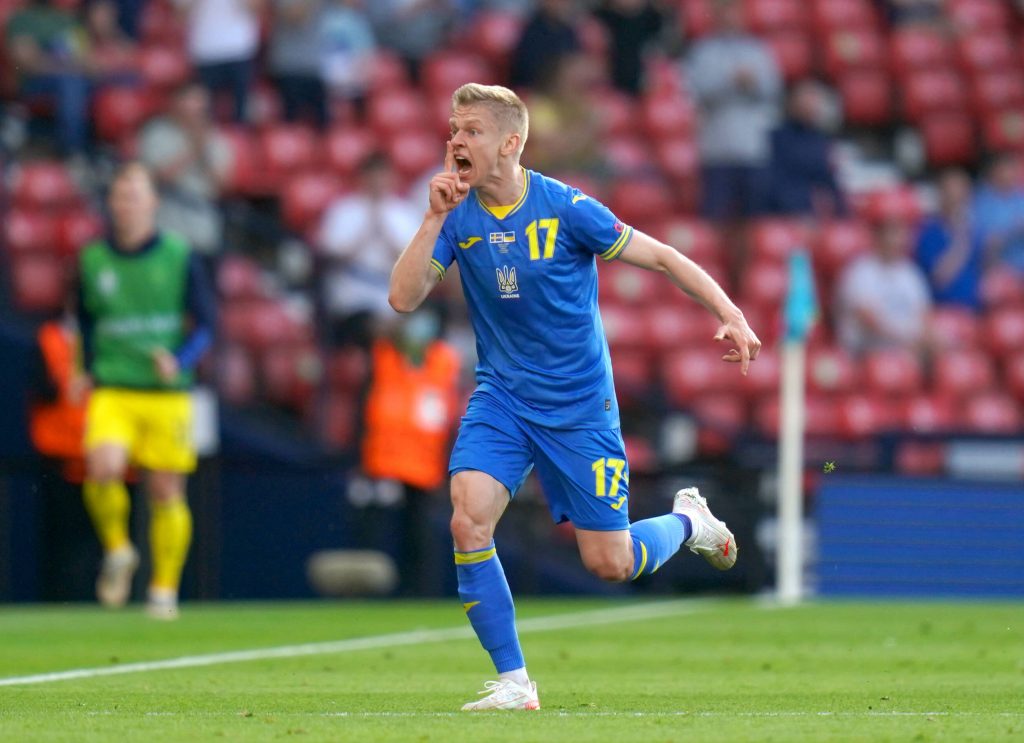 The 24-year-old has had a fantastic tournament and played a key role for his nation last night with a goal and an assist against Sweden.

He opened the scoring for Ukraine in the 27th minute, unleashing a powerful shot on the half volley after a clever cross from Andriy Yarmolenko.

Zinchenko, who started at left wing-back, was lively throughout the game and eventually produced a moment of brilliance for the winning goal.

The game appeared to be heading for penalties at 1-1 before Zinchenko came up with a sumptuous long-range cross that was headed in goal by Artem Dovbyk.

With just two minutes left, Sweden had no time to respond. Ukraine reached the quarter-final stage of a major tournament for the first time.

Zinchenko was hugely influential towards the result, and some of the City faithful were delighted with his overall performance.

Zinchenko goal and assist to send Ukraine to the Euros QF for the first time in their history. What a player

Just a friendly reminder that Zinchenko cost City £2m, Pep converted him into an incredible left back, and 5 years later he has won 10 trophies and sent Ukraine to the quarterfinals of the Euros 🙌💙 WHAT A STORY 🔵 pic.twitter.com/O763UAnXsL

He's so good, omds. I really want to see him play midfield next season. pic.twitter.com/CkjDdKAi00

They ain’t ready for him next season pic.twitter.com/ES1470CUie

Zinchenko declined a loan and fought for his place. Give me a player with his heart any day.

Zinchenko putting in a masterclass on the big stage. Proud of my boy

Zinchenko, who is valued at £22.5 million by Transfermarkt, made 32 appearances for City last term. 30 of those games came from the left-back role.

He has played higher up the field for Ukraine. Zinchenko has shown his versatility at Euro 2020, operating in the number 10, central midfield and left wing-back positions.

Zinchenko has often been used in rotation by City manager Pep Guardiola. However, his Euro displays could improve his prospects of earning regular game time next term.

He could be an option for Guardiola in midfield. Zinchenko has made exactly 100 appearances for the club, but just three of those have been from midfield.