Manchester City forward Raheem Sterling has sent a two-word message to Tottenham Hotspur midfielder Eric Dier after he uploaded a picture from training on Instagram.

Premier League players are back to training ahead of Project Restart, and the Spurs man looks fit as ever, prompting the Man. City star and his Tottenham teammate Jan Vertonghen to react thus: 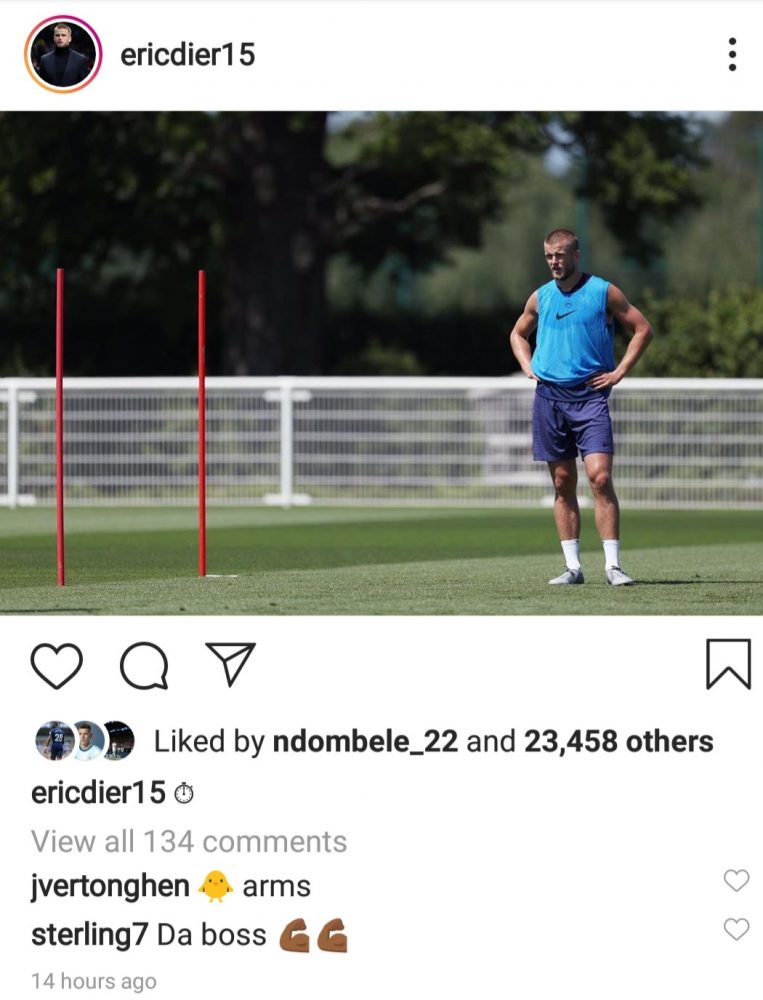 Dier has a lot of prove should action indeed resume in the coming weeks, and the England international will hope to further convince boss Jose Mourinho of his quality.

The 26-year-old has featured in 25 games across all competitions, playing at both centre-back and defensive midfield.

Dier prefers to play in the former, but has both Davinson Sanchez and Toby Alderweireld ahead of him in the pecking order.

The duo are Mourinho’s first-choice pairing at the back, with the versatile Japhet Tanganga also starting to establish himself as a key player.

Tanguy Ndombele could also establish himself as a starter in midfield, with Moussa Sissoko and Harry Winks guaranteed regular playing minutes, and Dier’s chances in that department also appear slim.

He has just a year left on his current deal, and while it is believed that a contract extension is on the cards, it remains to be seen what the future holds for the linked-away player.