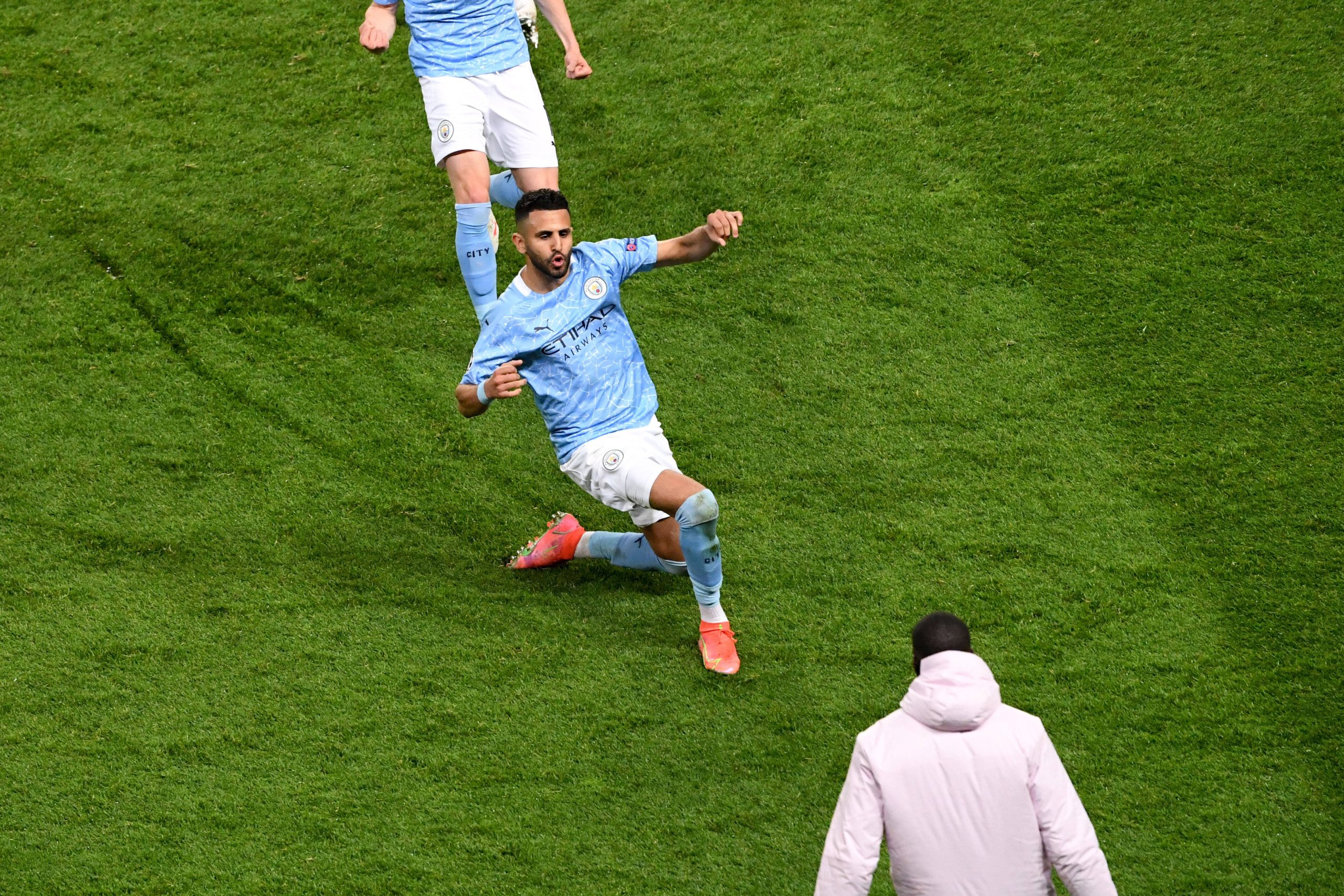 Some Manchester City fans on Twitter heaped praise on Riyad Mahrez, who bagged the winning goal in the 2-1 triumph over Paris Saint-Germain in the first leg of the Champions League semi-final.

The Cityzens made a slow start at Parc des Princes on Wednesday night, and Les Parisiens open the scoring through Marquinhos, who produced a commanding header from an Angel di Maria cross in the 15th minute.

Les Parisiens came close to doubling their advantage through Neymar and Leandro Paredes in the opening half, while Phil Foden squandered a wonderful chance for City as his effort was aimed straight at the goalkeeper.

Before the hour mark, Verratti came close for Les Parisiens, but he could not make contact with a brilliant cross from Kylian Mbappe into the six-yard box. Ultimately, the visitors took the lead through Kevin de Bruyne in the 64th minute, and it was a lucky break.

The Belgian’s attempted cross sneaked in at the far post. Keylor Navas should have been more alert over the situation. Seven minutes later, Mahrez bagged the winning goal for Pep Guardiola’s side, and it was fortuitous as well.

The 30-year-old mistimed the flight of his free-kick, but it managed to creep through the gap between the wall. Navas could not do much about the strike as he spotted the ball at the last moment.

Mahrez had a solid performance for the Cityzens on the night. Alongside his goal, he managed three take-ons, three tackles, created one key chance. He delivered 48 of his 50 attempted passes.

A section of the club’s supporters were clearly pleased with his match-winning effort, and here are a few reactions on Twitter.

Riyad Mahrez stole the show tonight with the likes of Neymar and Mbappe on the pitch. LEVELS #UCL pic.twitter.com/mi2K2H75La

Mahrez has been amazing this season. Love him. 😭 https://t.co/bCJ1eoij26

Pep only made a slight change for the start of the 2nd half by moving Foden more central.Mahrez was outstanding and his best game for us by far. I have 3 days to grow my nails back…

I was admittedly on the Mahrez hate-mobile for much of his time as a City player, but he has proven himself to be absolute class this season. We’re lucky to have him in our squad. https://t.co/M96n3XZ6QM

Mahrez’s future was a topic of speculation earlier this year as he was an unused substitute on several occasions for the Cityzens.

He has made a terrific turnaround since the beginning of February and is now regarded as a regular choice on the right wing.

The £120,000-a-week star has been hugely influential in the club’s previous four outings in Europe with a goal or an assist in each of those matches.

The Cityzens have a handy advantage after the comeback win. Les Parisiens must score twice at the Etihad Stadium to stay in the competition.

The result in Paris was hugely impressive, but the Premier League giants could have won by a bigger margin if Foden capitalised on his chances.

Foden was the star performer in the quarter-final ties against Borussia Dortmund, but he struggled last night. His shots on target were straight at Navas.