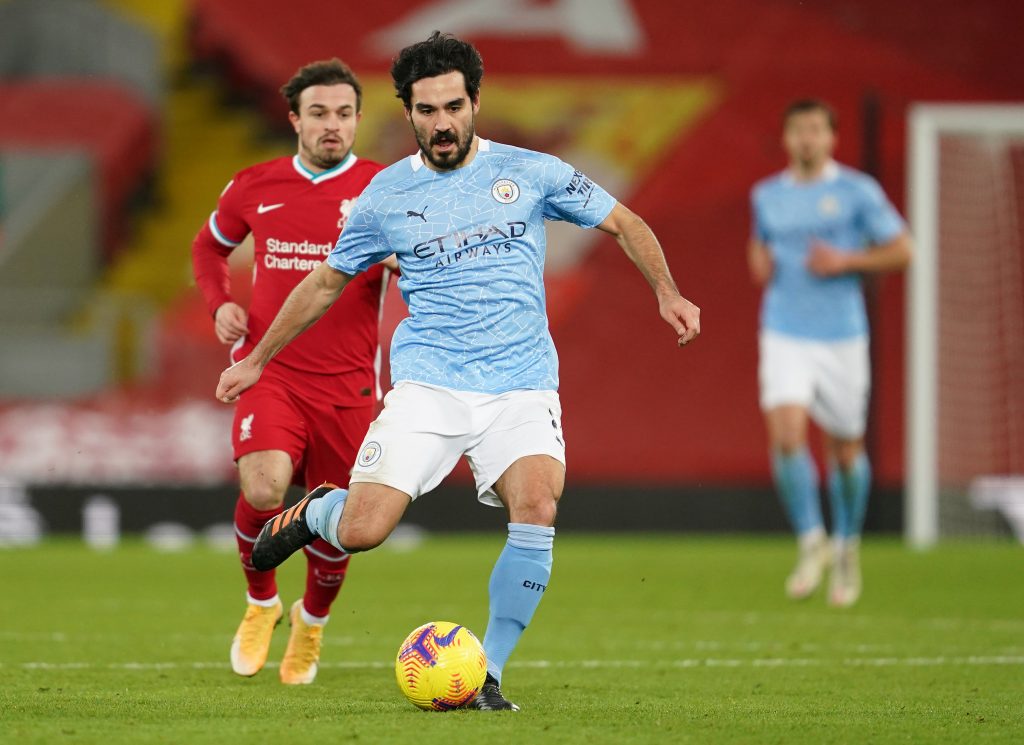 A section of Manchester City fans on Twitter have hailed the performance of Ilkay Gundogan during the club’s stunning 4-1 Premier League win at Liverpool.

The Cityzens went into the game in superb form with 13 straight wins across all competitions which included nine in the top-flight.

The club had the chance to take the lead at the midway stage of the first-half at Anfield after being handed a penalty for a foul on Raheem Sterling.

However, Gundogan squandered the opportunity as he fired his effort over the top of Alisson Becker’s goal.

The teams went goalless at the interval, but Gundogan made amends shortly after the break after scoring from a rebound off Phil Foden’s shot.

The Reds levelled the scores through Mohamed Salah’s penalty after the hour mark, but just 10 minutes later Gundogan was the game-changer again with another easy tap-in.

The Cityzens eventually won the game by a comfortable 4-1 scoreline with Sterling and Foden getting onto the scoresheet before the final whistle.

Gundogan has been in stellar form over the past six-and-a-half weeks and he has now bagged nine goals from his previous 11 league appearances.

He could have had a hat-trick on another day, but some fans were hugely impressed with the German, who is having the best scoring season of his career.

Ilkay Gundogan is the best midfielder in the world. No debate.

I’m Kay. Another fantastic performance. You have grown better than ever. Plenty left in you yet before you reach your peak. Well played.

Ilkay Gundogan has been incredible doing the work De Bruyne usually does. The midfield running, the little flicks, the sprayed passes to Zinny and Mahrez to relieve pressure. He’s been fantastic and deserves a ton of credit.

Gundogan is currently in the best form of his career and he displayed superb positioning against the Reds by finding himself in the right place to find the back of the net.

The victory on Sunday has taken the Cityzens 10 points ahead of Jurgen Klopp’s side, who are fourth in the table and have played a game more.

More importantly, the club are now five points ahead of arch-rivals Manchester United with a game in hand.

They are in the driving seat to clinch a third Premier League title in four seasons.