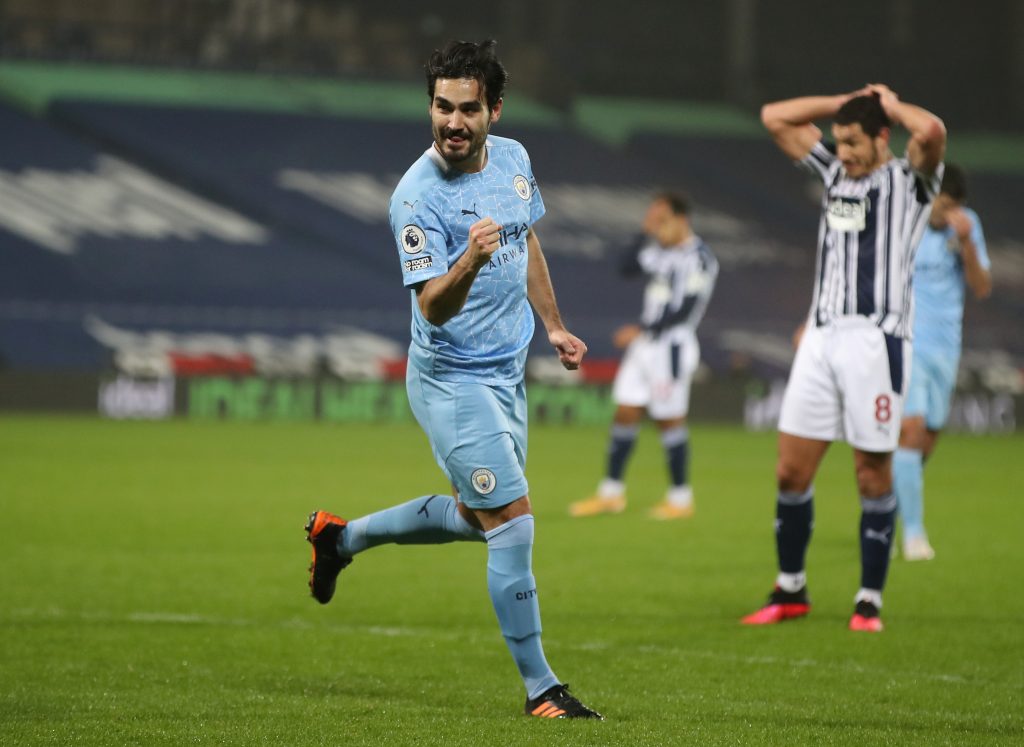 A selection of Manchester City fans on Twitter have heaped praise on midfielder Ilkay Gundogan following the club’s 2-0 Premier League win over Burnley.

The Germany international had gone into last night’s game on the back of scoring seven goals in his last nine top-flight matches.

He continued the excellent form by providing a superb first-time cross for Raheem Sterling, who made it two-nil for the Cityzens in the first-half.

Gundogan ended the match with a 94 percent passing accuracy with two tackles, two interceptions while creating five chances, the most by any player.

He is certainly in the form of his life and some of the club’s supporters have reacted to his recent showing against the Clarets.

Unplayable again tonight Ilkay , a wonderful display of a midfield general at his peak, bravo my friend.👏👏👏

Unpopular opinion: Gundogan has been the best midfielder in the league this season

Clear pen not given!

Earlier last month, there were concerns whether the Cityzens may be hampered by the injury sustained by star playmaker Kevin de Bruyne.

However, that has not been the case and Gundogan, who was in fine touch prior to the Belgian’s setback, has continued to excel with some key contributions in the attack.

Pep Guardiola’s side are now three points ahead of Manchester United at the top of the standings with the game in hand.

Next up, they will come up against Liverpool on the road and can potentially put the Reds out of the title race by beating them.

Gundogan has generally fared well in the big games for the Cityzens. He has one goal in his previous five meetings against Jurgen Klopp’s side.