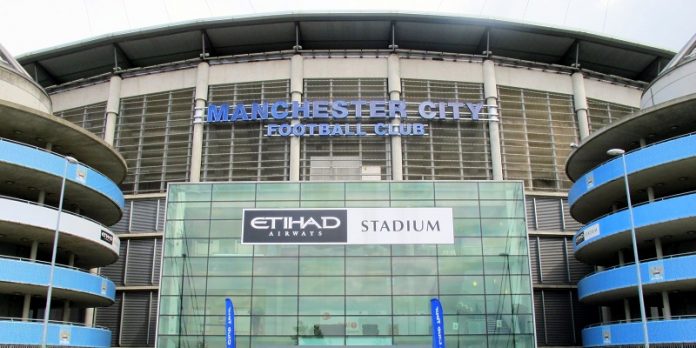 Manchester City, with their backing of wealthy benefactors from the Middle East, have already established themselves as a major force to reckon with in England.

The club is now looking to expand their horizon by exploring the establishment of partner clubs on three continents as part of the commercial revolution as they look to register their name into football world’s elite.

According to reports from The Independent, Manchester City are considering the options of partnering with clubs in China, Mexico, the United States and elsewhere in Asia to develop their brand image.

While on pitch the club has achieved fair amount of success with quality players bought from across Europe, it has hampered their finances a little, albeit in the eyes of Financial Fair Play rules.

City incurred a loss of £97.8 million in the year until May 2012, and UEFA’s FFP regime allowing only €45 million (£39 million) losses across three years till 2013 hence there is a need to act smart and do it quickly.

Chief executive Ferran Soriano declared in the club’s annual report in December that “new, creative ideas and business models” are required to give a massive spin to the way the club’s finance operate and therefore City are looking into newer prospects.

The potential to increase their revenue in UK is practically not feasible. Manchester City have spaces to expand their stadium which would give them financial mileage in terms of match day revenues but since they don’t have a huge fan-base like Arsenal, Manchester United or Liverpool such ideas won’t be smart enough to implement.

There were suggestions raised by the Bloomberg agency that City may be looking at buying a MLS franchise to boost their following in the US, as the club are planning a one-week post-season tour in May to build awareness, but such talks are rejected.

Soriano, who was allegedly involved in spying Barcelona’s email network, was instrumental in making the Catalan giants a power house in Europe from 2005 to 2008. Former Derby County chief executive Tom Glick is appointed as chief commercial and operating officer to drive up City’s commercial revenues.

This overhaul has introduced a system, whereby City’s non-playing staff is technically employed (and paid) by a different company to the playing staff, a phenomenon which is practiced by several other football clubs, most notably Manchester United who hired eight companies for accounting purposes.

Manchester City are also looking to pick up the brains of specialists in this department. Alex Byars and Martyn Hawkins have joined from the Deloitte sports business, the duo were pivotal in helping the European governing body set up the FFP legislation.

The club may also look to other business models practiced elsewhere, for example in Italy. Udinese is a fine example for them, where owner Giampaolo Pozzo and his family own Watford and Granada and have made riches out of them, recruiting players from all around the globe and sold some of the star players – such as Alexis Sanchez to Barcelona – for a huge profit.

However, only time will tell whether partnership model of business is the best way of going forward for City. Tottenham and Manchester United have tried that before but with no huge success.

Spurs tried to operate their finances through Enic, an investment company registered in the Bahamas, which had stakes in Spurs, Vicenza Calcio, FC Basel, AEK Athens, Rangers and Slavia Prague from the late 1990s, but the North London club found it an additional distraction from their central focus and ultimately dropped that strategy.

Likewise, Manchester United in 1998 had alliances with Royal Antwerp of Belgium, IFK Gothenburg of Sweden and FC Fortune of South Africa, but they were mainly seen as feeder clubs.

It is always a welcome strategy to try something new from business perspective, especially with the situation City are in at the moment. Although match day revenues have grown to 13%, lifting revenues by £1.3 million.

That is not enough to counter and curtail their major losses and hence could face punishments from UEFA for breaching the FFP rules.