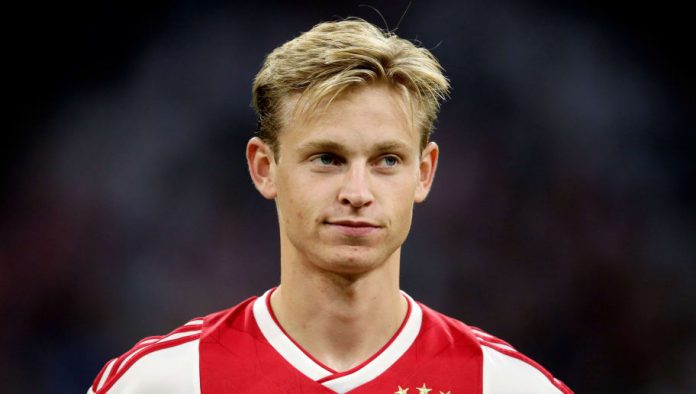 According to Catalunya Radio, Manchester City are ‘best positioned’ to sign Frenkie de Jong. The highly-rated Ajax midfielder also has interest from Manchester United, Paris Saint-Germain and Barcelona after rising through the youth ranks to become a regular player in the first-team. De Jong’s club form has led to him representing the Netherlands national team on two occasions, and it could lead to him making a big-money move to a European giant.

City have been keen on a central midfielder since the summer, with Pep Guardiola previously eyeing moves for Fred (then of Shakhtar Donetsk) and Jorginho (then of Napoli). However, Fred went on to join Manchester United while Jorginho followed his former boss Maurizio Sarri to Chelsea, forcing the Sky Blues to turn their attentions elsewhere.

Man City have Fernandinho, David Silva, Oleksandr Zinchenko, Fabian Delph, Kevin De Bruyne, Ilkay Gundogan and Phil Foden, but Guardiola wanted a stellar ball-player who can also provide great defensive stability. De Jong certainly fits the bill. The talented central-midfielder, who can play in defence and on the wing, has a great range of passing and tactical knowledge.

City’s hopes of procuring his signature are diminished due to the interest from so many European giants, but it’s not hard to see why they’re keen to bring him to England. Ajax will be desperate to keep such a key player at the club, but every player does have their price.